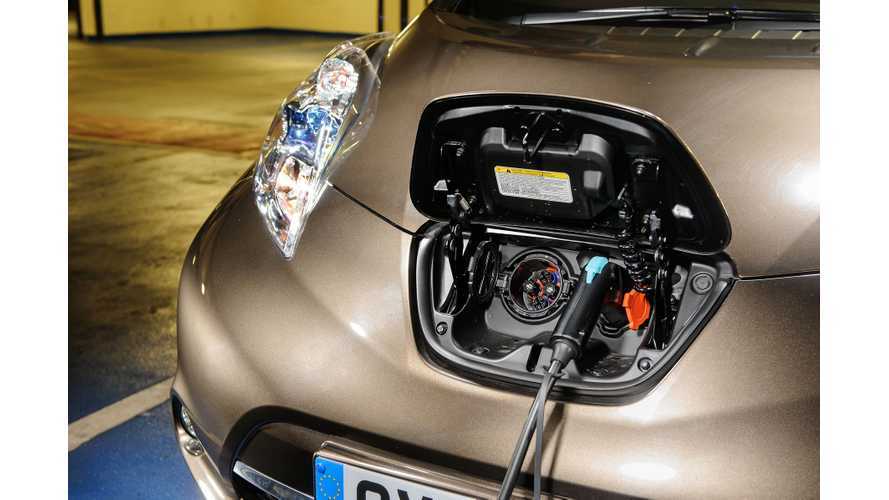 Nissan's analysis indicates that by 2020 the number of charging stations will be higher than the number of fuel stations (for most countries with decent EV sales and infrastructure today).

The announcement was released using the example of the UK, of which the base scenario is for summer of 2020 (but the company says it could happen a lot sooner).

Meanwhile, the number of charging stations in the UK increased from a few hundred to several thousand (4,100 this year) over the past 5 years, and should reach 7,900 by 2020.

"In contrast, the number of public electric vehicle charging locations is expected to reach 7,900 by the same point in time. However, the accelerating adoption of electric vehicles means this crossover could happen a lot sooner.

Just over 100 years since the first fuel station opened – November 1919 at Aldermaston in Berkshire – the number in the UK has peaked, declined and is expected to be overtaken by charging stations designed for battery, not combustion, powered cars.

More than 75% of UK petrol stations have closed in the last 40 years, whilst the number of electric vehicle charging locations has increased from a few hundred in 2011 to more than 4,100 locations in 2016, as electric car sales take off.

According to Go Ultra Low, the joint government and car industry campaign, more than 115 electric cars were registered every day in the first quarter of 2016, equivalent to one every 13 minutes. The campaign also believes electric power could be the dominant form of propulsion for all new cars sold in the UK as early as 2027, with more than 1.3m electric cars registered each year."

‘As electric vehicle sales take off, the charging infrastructure is keeping pace and paving the way for convenient all-electric driving. Combine that with constant improvements in our battery performance and we believe the tipping point for mass EV uptake is upon us.

As with similar breakthrough technologies, the adoption of electric vehicles should follow an ‘S-curve’ of demand. A gradual uptake from early adopters accelerates to a groundswell of consumers buying electric vehicles just as they would any other powertrain.’