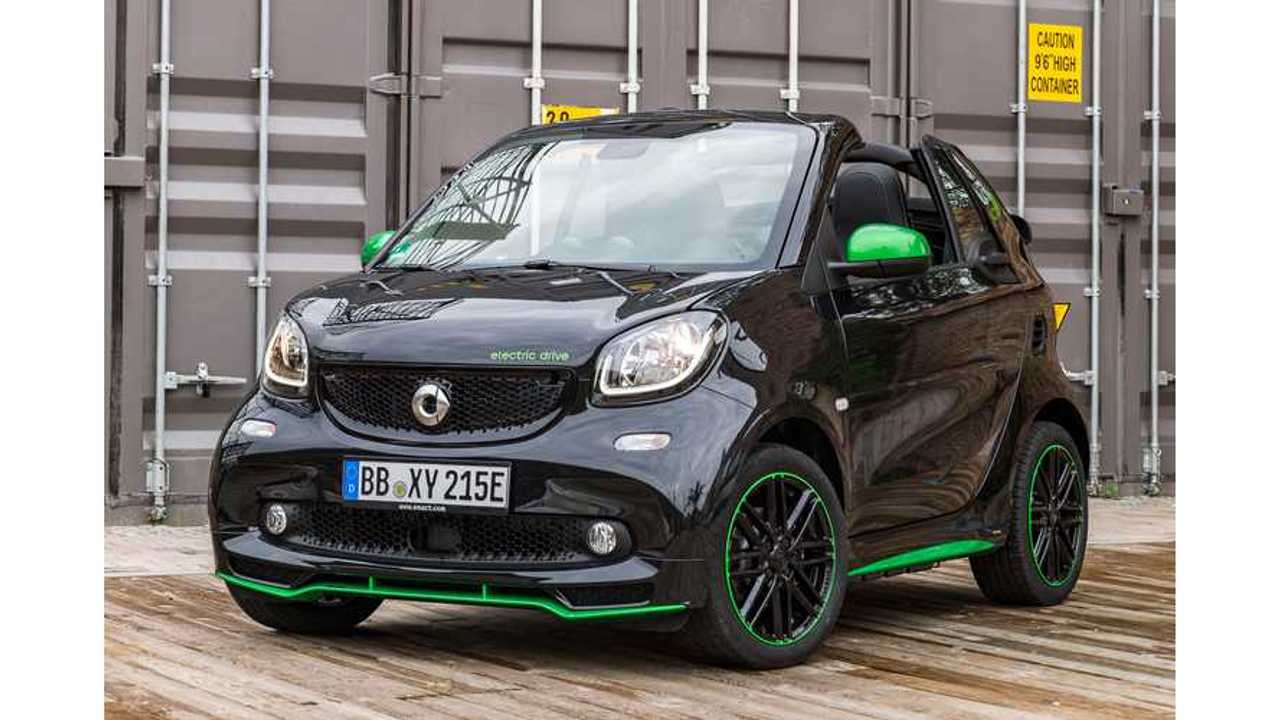 "Honey, should we get the new 2017 Chevrolet Bolt EV or new 2017 Smart ForTwo Electric Drive?"

...is something that probably will never be said by anyone.

The all-new Chevrolet Bolt EV offers 238 miles of long range utility for up to five passengers, while the new Smart ForTwo Electric Drive (details) offers the lowest of cost of all-electric driving (that won't get you mocked) for two with ~75 miles worth, up 10% from last gen; and of course the ability to park 'two to a spot' in the city.

Still, in an odd quirk of early media car availability, MotorWeek has filed a report on the all-electric Chevy from ~$37,500 from the Canyons in California, and on the ~$25,000 tiny Smart Electric (also available with a fun 'topless' option) from Miami on the same day this weekend.

Interestingly, both company's have stated their cars will arrive in limited numbers in late 2016/2017, and beginning from California in December (MotorWeek suggests Spring for the smart ED during its review, while Daimler stated "early 2017" this past Friday).