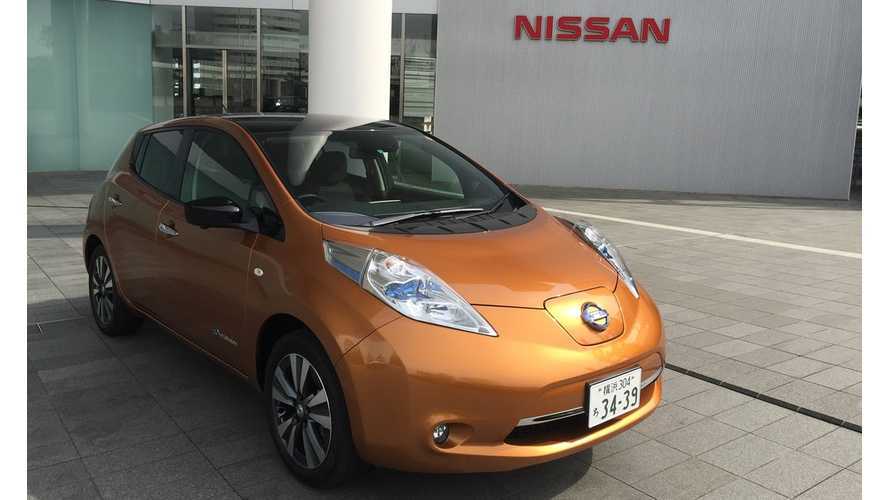 After dropping its all-time US plug-in sales crown last month to the Chevrolet Volt, Nissan continued to find US customers unwilling to buy the new 2016 edition of the LEAF as all eyes are apparently on the future Tesla Model 3 and Chevrolet Bolt EV.

April's result was the worst "non-winter" result since 2012, and shows the US consumer is much more sensitive to future products than those found internationally, where some all-time highs have recently been netted.

Looking to spur sales heading into May, Nissan has chosen the unconventional approach of taking out full page print ads targeted at the Model 3, or at least people who might be having second thoughts about putting down $1,000 and potentially waiting 2 or 3 years for Tesla's 215+ mile EV to show up.

Will it work?  Will sales pick up in May?  Given Nissan's own seemingly unwillingness to produce and stock it's own 107 mile LEAF (noted by the SV and SL trims) and at a reasonable starting MSRP, we kind of doubt it.

Despite the upgraded EV's release over 4 months ago, Nissan is still averaging just under 2 per dealer in stock (~1,900 were on hand on average in April).

And as one can see on the chart below, this inventory decision, along with apparently much weaker US demand for "city EVs" while looking ahead to the Chevrolet Bolt EV and Tesla Model 3, has certainly taken its toll on the LEAF's US plug-in vehicle market share.

Also of interest this month:

*-Nissan decided to show off the LEAF's Japanese-based V2H abilities...in America, could these system finally arrive in the US at some point?

*- a Nissan Senior Vice-President Shiro Nakamura confirmed the company was working on a new modular EV platform, and that would spawn both an all-electric crossover and a plug-in sports car