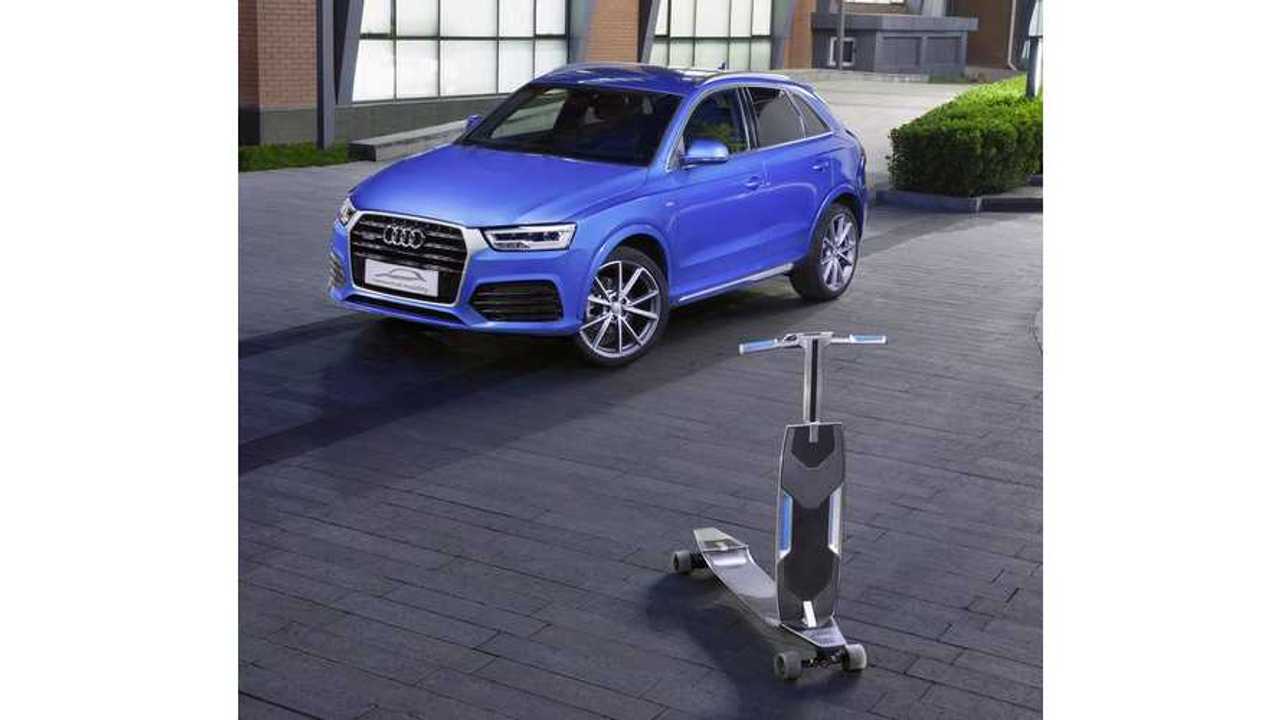 German automaker Audi is a bit behind when it comes to electric mobility, so in order to catch up, the automaker thought it wise to unveil an electric longboard at Auto China 2016 in Beijing.

The longboard won't win any drag race, but it's a clever last-mile transportation device that is actually integrated into the rear bumper of the car.

Here's what Audi says of the electric longboard:

"Tailored to markets with growing urbanization such as China, this lifestyle concept was developed at Audi Research& Development in Beijing and focuses on young, progressive drivers."

"An electrically powered multifunctional longboard, measuring 1.05 meters in length, is integrated into the rear bumper of the car for convenient storage and removal. To ensure permanent usability, the device is charged automatically while loaded in the car. The board’s premium design includes superior materials such as carbon fiber and aluminum."

Sounds useful enough, but we'd much rather see Audi put out some pure electric cars instead of what's essentially a fancy skateboard.

"In case the longboard option is faster, the system will recommend a parking space nearby so that the driver may continue the commute to the destination with the electric board."

"The multi-functional longboard has a battery range of more than 12 kilometers and reaches a maximum speed of 30 km/h."

Just like most plug-in vehicles, the longboard has multiple "driving" modes:

There's no info on when the electric longboard will become available. Pricing has not been announced.