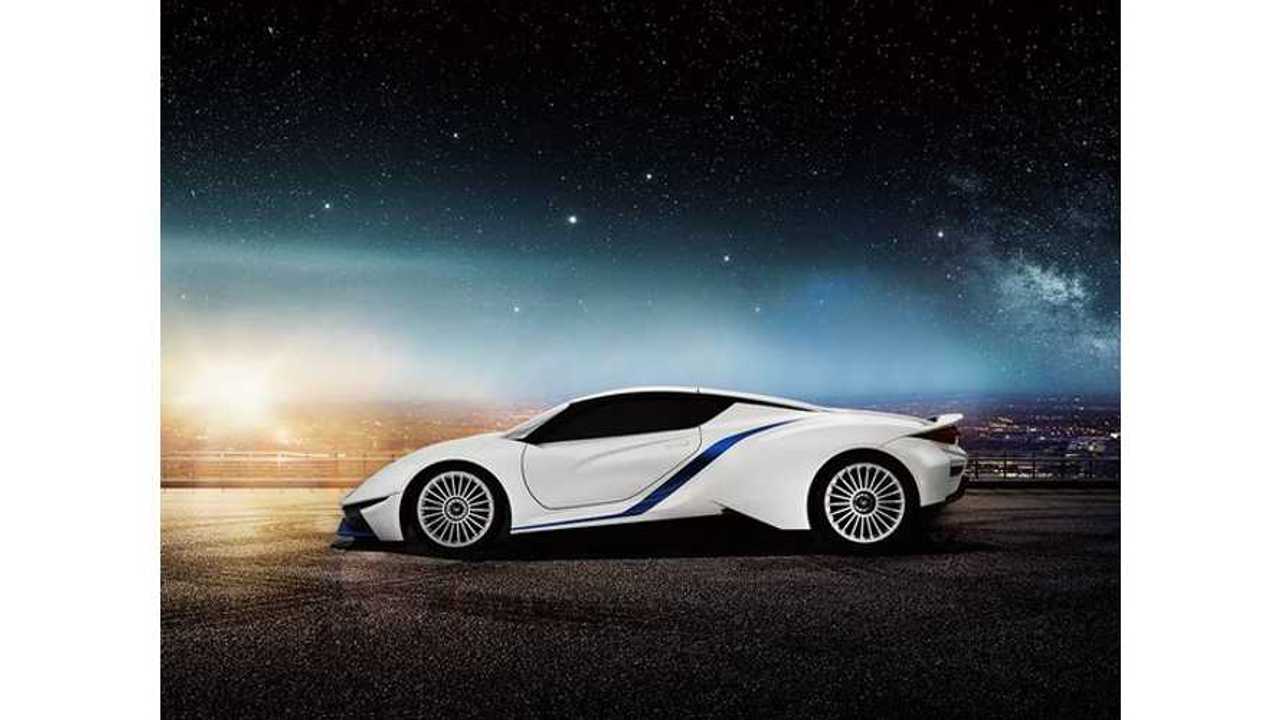 The electric BAIC revealed in Beijing mostly matches up with the leaked info and images we obtained awhile back.

BAIC says that the Arcfox-7 will go on sale in late 2016 in China at a price that hasn't yet been disclosed.

Arcfox-7 is the top-of-the-line model in what BAIC refers to as the Arcfox series of electric cars. The arcfox-1, a tiny electric SUV, will be positioned at the bottom of the lineup.

Some additional details on the Arxfox-7 electric supercar, via Autocar, include:

And yes...it sort of looks like a BMW i8 clone.

Editor's Note:  Yes the source quote spec does say 6.6 kWh, but it is obviously not.  In actual fact a poorly chosen figure of 66.6 kWh is on board.

Here's an image of Arcfox-1, an open-top, tiny electric SUV:

There's no indication from BAIC as to whether or not any of its Arcfox models will be sold outside of China, but BAIC does have small operations here in the U.S., so it's possible that in the far-off future its electric cars could be sold here.