EV Sales Growth Returns To Norway In July, Thanks To PHEVs 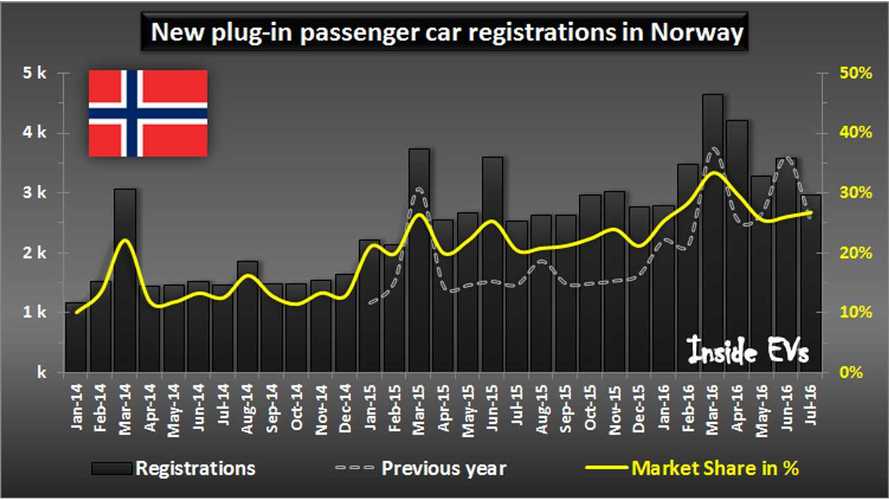 A total 2,968 new all-electric and plug-in hybrid passenger cars were registered  during the month, which was a fairly strong 16.9% year-over-year increase - especially because we are talking about an automotive market that EVs hold a near 30% share of.

We should note that the above numbers do exclude 342 used imported passenger BEVs, as well as 38 all-electric vans (30 new and 8 used).

Interestingly, Tesla Model X registrations amounted to 23 in July, not much less than the 43 Model S noted.   On the good news side for Tesla in Norway, both models will shortly be seeing a volume surge, as Tesla focus primarily on domestic production in Q2 (and it takes some ~8 weeks for a Tesla EV to go from the company's Fremont, California production facility to consumer's hands in Europe)

Chart (below): BEV vs PHEV splite