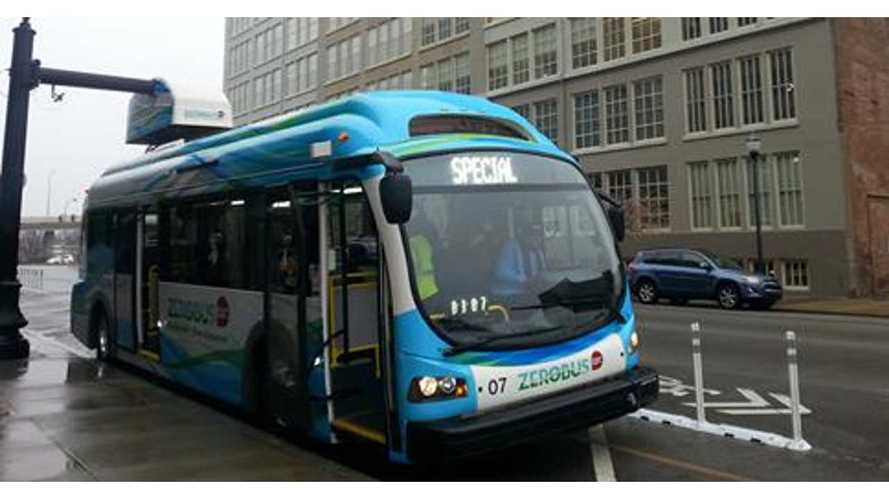 TARC has begun adding six new all-electric, zero-emission buses along the Fourth Street corridor between downtown and Iroquois Park, stopping at some of the city’s most popular destinations.

The Transit Authority of River City (TARC) in Greater Louisville is adding six new electric buses for a total of 15 in operation.

With the addition the service is clearly one of the largest fleets of electric buses to be found in the U.S.

The electric buses in this case are also being utilized at the city’s most popular destinations, which makes them even more visible to the public.

The supplier of the buses is Proterra, which has production facility in Greenville S.C.

"TARC has begun adding six new all-electric, zero-emission buses along the Fourth Street corridor between downtown and Iroquois Park, stopping at some of the city’s most popular destinations. With the new buses, TARC will have a total of 15 all-electric buses on the road, making it one of the largest electric bus operators in the country."

"The new buses, which feature a bike rack for up to three bikes, travel everyday exclusively on Route #4-Fourth Street between downtown and Iroquois Park and also on a section of the route to Strawberry Lane on weekends.  They stop at or near Museum Row downtown, the University of Louisville, Speed Museum, Churchill Downs, the Kentucky Derby Museum, Old Louisville, restaurants, hotels, and much more."

"The buses provide cleaner air, fuel conservation and maintenance cost savings. They replace buses that are 16 years old and have traveled more than 600,000 miles.  The harmful emissions from the old buses – more than 30,000 pounds each year into the air – will be eliminated with the electric buses.  About 60,000 gallons of diesel fuel a year will also be spared."

“We know passengers enjoy a quiet, clean ride and it doesn’t get better than this. We encourage everyone – visitors and residents alike – to take a ride on one of these zero-emissions, modern buses, and have fun visiting top city attractions.”