Time For Some "Tesla Killer" Updates 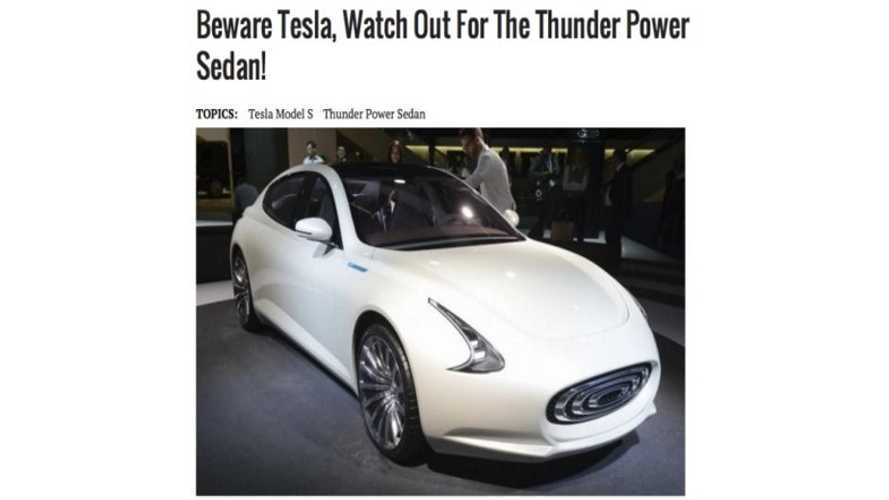 TIME FOR SOME “TESLA-KILLER” UPDATES

Remember this ongoing compilation of headlines that directly warns Tesla about scary competitors, as if journalists are Tesla’s avuncular protectors? Well, the most credible among the ol’ “Tesla-killers” are the five below. Let’s see how they’re doing now.

Chevy Volt and Re-Volt: The Volt didn’t flourish as expected. But oh boy, here comes the new and improved version. Some say GM stole Tesla’s thunder with the forthcoming Bolt. Others say just the opposite, given the 400k Model III pre-orders. TeslaMondo leans toward the latter. But GM’s Dan Nicholson boasts: “I am very proud of the Chevrolet Bolt that’s coming out, which will be the first to market as a long-range affordable battery electric vehicle,” he told the Detroit Free Press. “It will have more than 200 miles of range and it will be in production by the end of 2016, so it’s not necessary to put down $1,000 and wait until 2018 or some time after that.”

Dan, the Honda Insight was the first hybrid in the US market, beating the Prius by almost a year. Toyota then wiped the floor with the Insight for a decade and a half until Honda finally euthanized the poor thing.

Caddy ELR: Everyone except Bob Lutz knew it would bomb. What was he smoking? Maybe his original sales pitch will shed some light on that question. GM’s ad agency apparently was puffing the same stuff. Yeek! and more Yeek!

Nissan Leaf: The company is taking the GM tack even further. Instead of merely reminding the press about its timeliness in the EV segment, Nissan is tapping the shoulders of people waiting in line for a Tesla. It just released an ad saying, “Why wait when you can drive an all-electric Leaf now? And why drop $1,000 to stand in line when you can $4000 cash back and best-in-class range? Nissan has been the global leader in electric sales since the Leaf was unveiled in 2010. And we have one waiting for you right now. No reservations needed.”

TeslaMondo thinks Nissan made two big mistakes here. One, using the words “has been.” Bad connotation. And two, reminding the world that yes, hundreds of thousands of people would rather have a Tesla later than a Nissan now.

Diesel weasels: The Audi A8 diesel was a Tesla-killer according to Anton Wahlman, the same quack who thought Nissan’s electric utility van could crush the Model X because they’re both electric vans. Jim Cramer actually publishes this nonsense on his site? Maybe it slips by him while he’s busy blow-drying his pit stains.

Anyway, VW’s formidable “clean diesel” program relied on a cheating kit that dated back to 1999. The company has since decided, a few days late and a few dollars short, to stop the connivery and think electric. But wait, there’s more. A Bosch programming trick is triggering recalls and even government raids of other European marques, all of them diesel weasels. Oy!

BMW i3: This is the vehicle that Citron Research, a.k.a. Andrew Left, highlighted years ago as evidence of Tesla’s pending doom. “Valuation has no respect for real competition,” he tweeted. Yessiree, wait till BMW’s Panzer division arrives. Well, it arrived and promptly ran out of gas. The division leaders abandoned their tanks and scampered off. They found sanctuary in China and are studying Mandarin to prepare for a new life. This story has two takeaways. One, war can take bizarre turns.