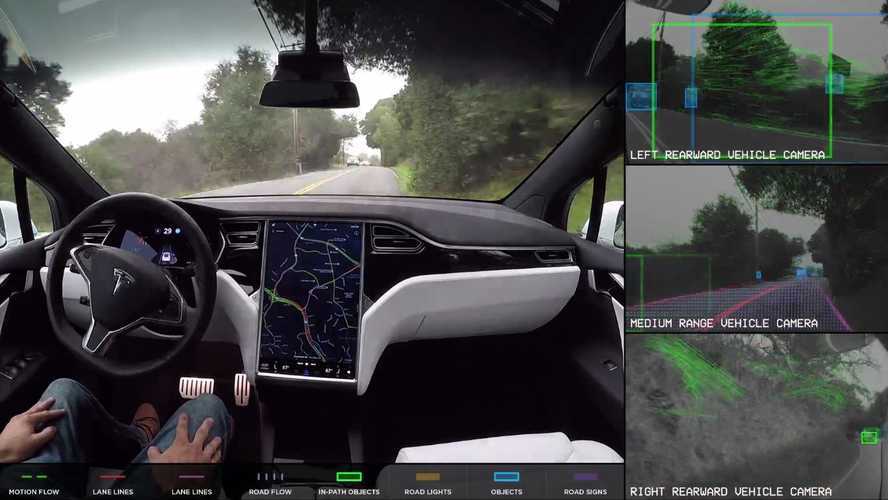 Tesla previously revealed it was adding self-driving hardware to all new vehicles. At that time, the automaker released a short video showing the capabilities of the system.

Now, Tesla has released a longer demonstration of the tech (see above).

Almost immediately after the long version came up, an adept YouTuber slowed down the video to "real-speed" so that we can more accurately see what's going on (real-speed video below).

Check out both videos (the real-speed version shows us that there are definitely still some quirks in the system...let us know in Comments how many you spot) to see self-driving in action. Note that the driver is there for legal reasons only.

Oh...there's this too if you'd rather have a different background audio track.