GM: Chevrolet Bolt Deliveries Outside Of California & Oregon Will Be At a "Slow Flow" 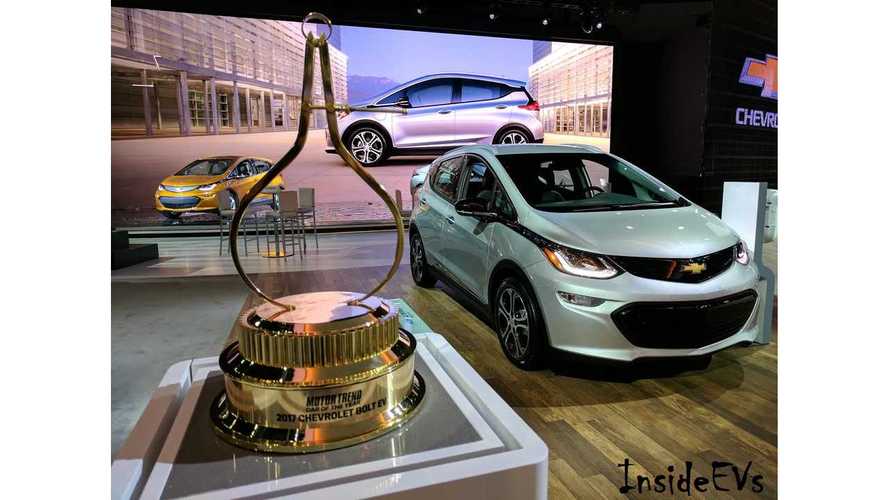 There's a bit of an uproar out there related to a comment from a General Motors spokesperson.

GM spokesperson Michelle Malcho told the Wall Street Journal on Thursday that the 2017 Chevrolet Bolt will be limited in its availability and this has led some to believe that GM is backing down from its nationwide committment for the Bolt. There's simply no truth to that line of thinking though.

“We are focusing on this year getting the cars ready for customers…and doing it the right way.”

She then added that deliveries to states outside of the two initial launch markets (California and Oregon) will be at a "slow flow."

For the 2nd generation of Chevrolet Volt there was a ~6 month production gap between 2016 Chevy Volts headed to California, and 2017 Volts available nationwide (photo via GM-Volt.com forums)

This is precisely how GM did it with the Gen 2 Chevy Volt (and has pretty much been the expectation for the Bolt EV). California and select other markets for its first Model Year, then nationwide for the following Model Year.

Here's how the rollout of the Bolt will likely play out too.  California and Oregon first (easiest place to fill initial volume demand and also fulfill compliance), followed by some other CARB states for Model Year 2017 Bolt.

Then, by perhaps Summer of next year, the 2018 Bolt will come out with sales nationwide. If that's how it works out, then the Bolt will still be available across the U.S. prior to the sale of even one Tesla Model 3, the only other car seen at the moment in competition with the long range/reasonably priced Chevy EV.

Editor's Note:  For its part, Tesla is also planning a 'west to east' coast rollout with the Model 3, then internationally - beginning with more "highly optioned" cars in the first wave.