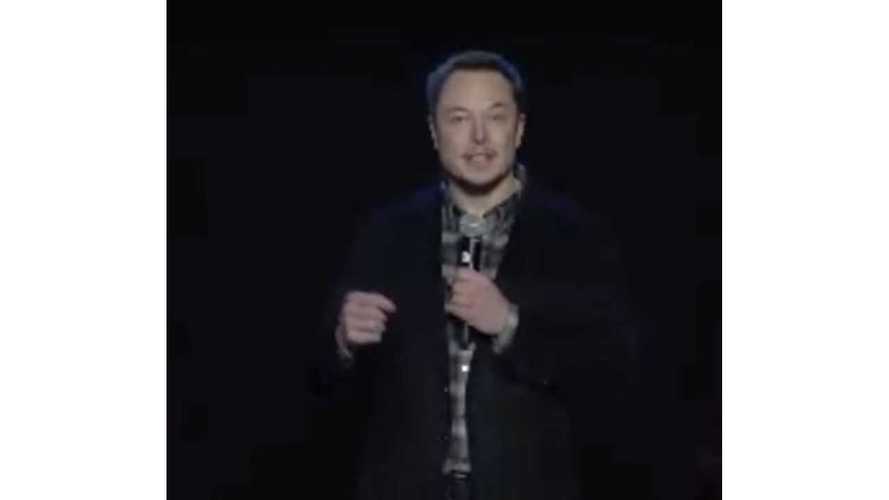 Yesterday, following the Tesla/SolarCity merger, CEO Elon Musk took to the stage at a special shareholders meeting to host a brief questions and answers discussion.

Though much of the conversation focused on solar, incentives, technology and so on, several Tesla-specific questions were asked too, including when "Part 3" of the Model 3 reveal would occur (answer here).

"Elon Musk answers questions from investors at a special shareholder meeting regarding Tesla's proposed acquisition of SolarCity. Prior to Elon taking the stage, general counsel Todd Maron announced that shareholders had approved the merger by more than 85%."

We apologize in advance for the poor video quality. The audio is okay (though on the quiet side), but the video appears as though it was captured on a cell phone from the bygone days.