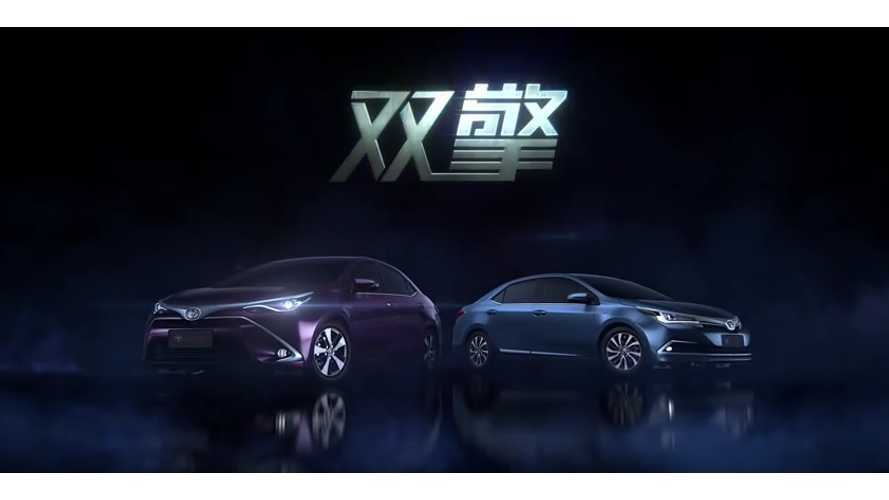 Toyota continues to moves towards the introduction of new plug-in hybrids for the Chinese market over the next few years.

The Japanese company announced the expansion of its R&D facility in China, to handle not only internal battery evaluation and testing, but also test tracks for its upcoming EVs.

Originally, TMEC (Toyota Motor Engineering & Manufacturing (China) Co., Ltd.) was established in 2010 to develop and produce cars locally in China - for the Chinese market.  And as such, locally made hybrids are now already on the market, while plug-in hybrids - under Corolla Levin lineup - are expected around 2018.

Beside the Toyota Corolla PHEV, Toyota intends to begin demonstration tests for fuel cell vehicles in China...but for now, that is all that is planned on the hydrogen front - no mass production plans.

New plug-in hybrids, locally made in China, appear to be on the horizon for Toyota

"Toyota has been using each of the distinct characteristics of hybrid, plug-in hybrids, electric, and fuel cell vehicles to develop and promote the full range of eco-cars. The Chinese government is currently promoting eco-cars under its Energy-Saving and New Energy Automotive Industry Development Plan. In line with this plan, Toyota is planning the introduction of plug-in hybrids under its Corolla Levin lineup, in addition to its current effort to promote the wider use of hybrid vehicles.

Additionally, preparations are underway to begin demonstration tests for fuel cell vehicles in China, and to conduct research for the introduction of electric vehicles into the China market. Amid the growing intensity of competition in the Chinese market and the increasingly stringent regulations in relation to motor vehicles, Toyota intends to continue with the emphasis on the making of ever-better cars through the further expansion of TMEC's R&D facilities, and the reinforcement of its technological development capability."

"Efforts are being directed toward the reinforcement of local R&D capability for the long term. We hope to train as many local engineers as possible, and to develop more cars that would satisfy the needs of our customers in China."