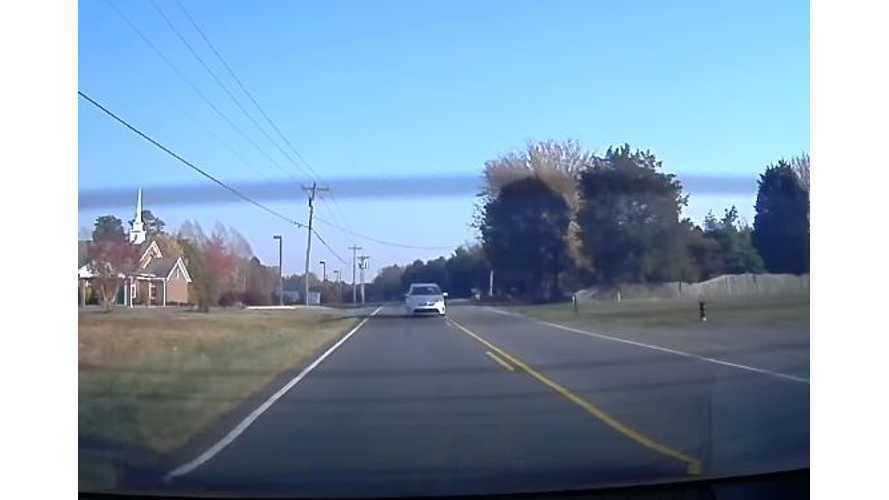 Jason Hughes (aka the Tesla hacker who leaked the information on the P100D) tells the story (via Teslarati) of how the blazing acceleration of his Model S P85D prevented him from being rear-ended by a Toyota Prius:

“It looked like the Prius driver might have attempted to pass me in a panic before realizing there was traffic coming (which I was waiting on to make my left). You can mentally mark my position and the position of the Prius as it attempted to stop and it’s pretty clear he would have hit me if I hadn’t moved.”

Some additional details were provided by Hughes in the video description:

This was *not* autonomous. I hit the pedal to go.

The Prius definitely would have smashed into the rear of my car had I not moved.

This rear facing wide angle video doesn't do the acceleration justice. Probably not many other cars out there that could have done this successfully. I was back up to nearly the speed limit (55 MPH) by just after the time this video cut off and by the time the Prius was nearly stopped in the space I was previously stopped.