Only few details are available at this time, but we do know that on Saturday morning in Newark, Delaware, a semi truck collided with a Tesla Model S.

The crash was apparently so violent that the tractor trailer flipped onto its side after the collision. The diesel tanks were ruptured during the impact. The semi came to a stop just before hitting a nearby home after reportedly running a red light. 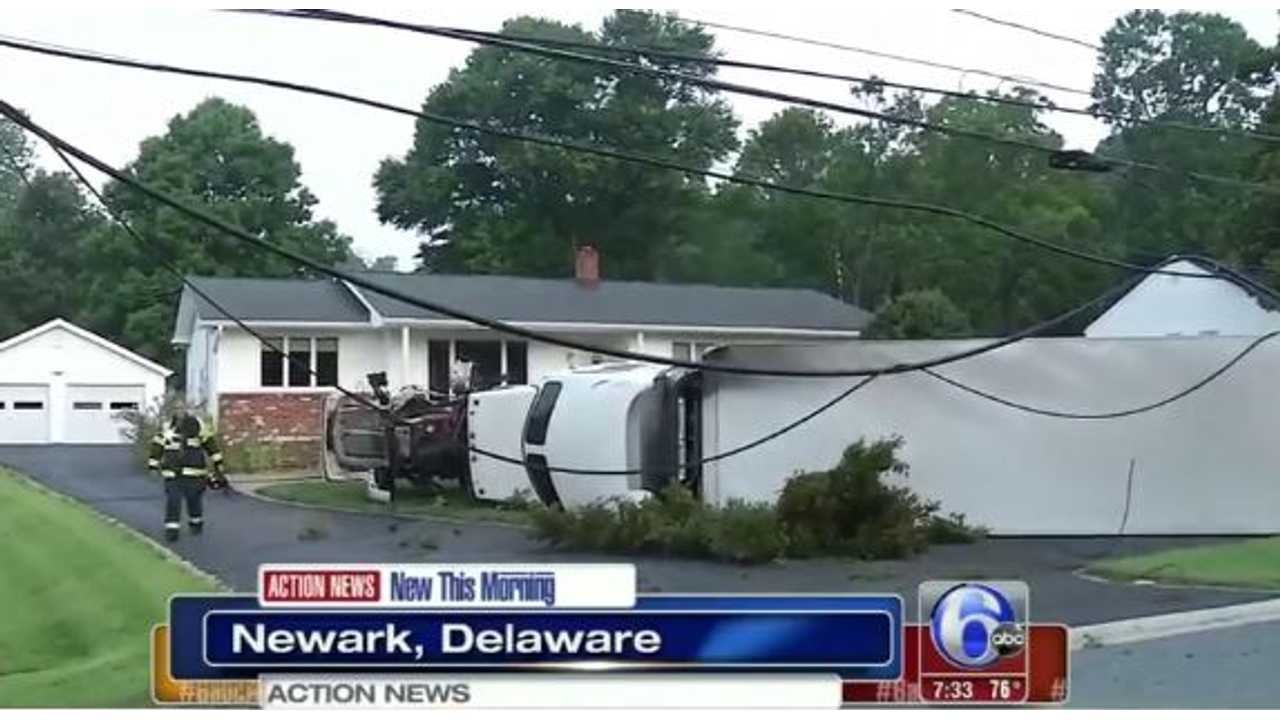 The semi truck knocked down electrical wires in the aftermath of the collision too. 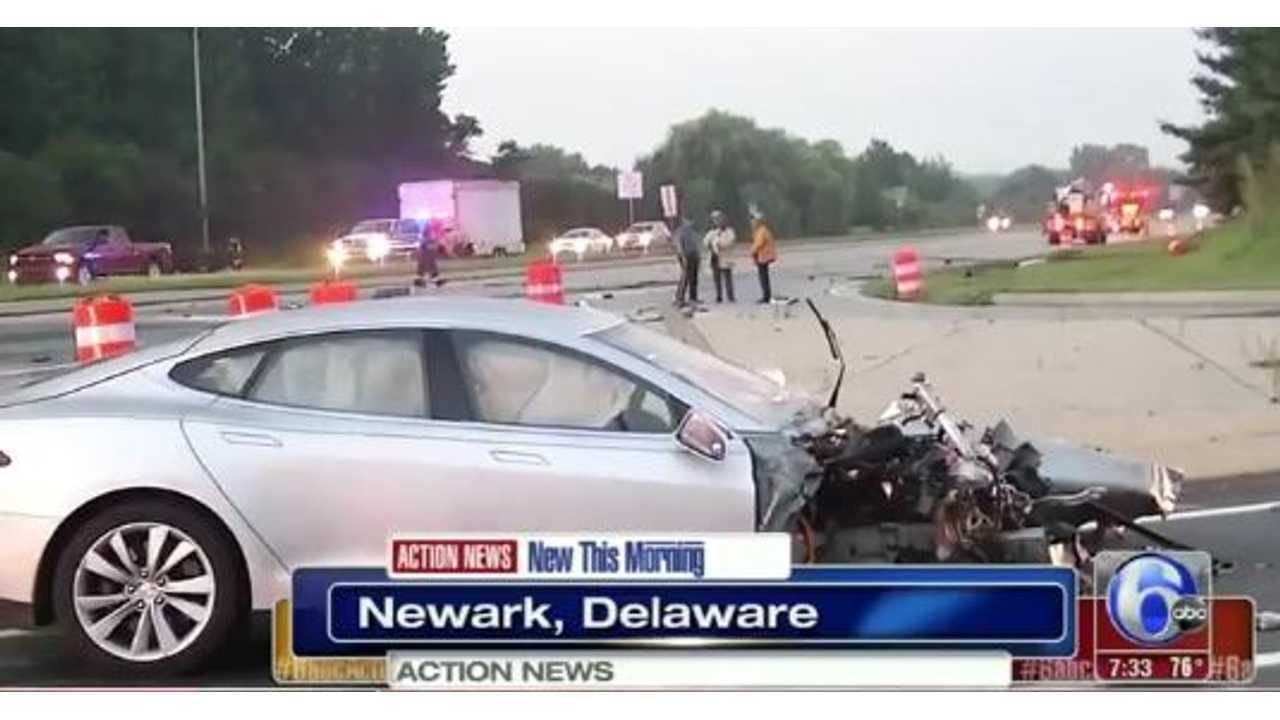 Fortunately, both the semi truck driver and the man behind the wheel of the Model S survived the crash. As 6 ABC reports:

"Police say the 76-year-old driver in the sedan was treated at the scene by medics for chest pains."

"He was later taken to Christiana Hospital for evaluation. He is in serious, but stable condition."

"The 51-year-old truck driver was also taken to Christiana. He is in stable condition."

The precise cause of the accident has not yet been determined. The wreck is still under investigation.