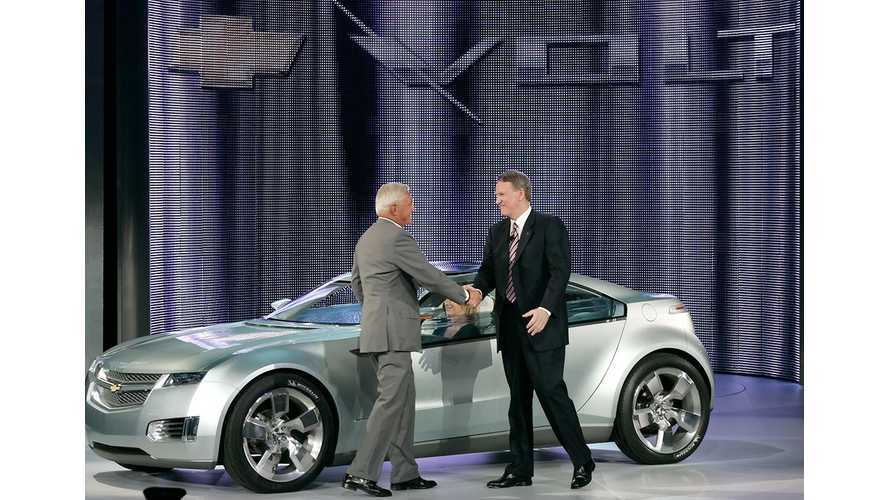 Normally at the end of each month for our Chevrolet Volt sales recap, the "headliner" is how many extended range cars GM did, or did not, sell in a month - and why.

This month, the front page news is that the Chevrolet Volt has become the first plug-in vehicle to sell more than 100,000 copies in a single country, as sometime around the 3rd week of July the Volt hit 6 digits in sales all-time.

Given the year-over-year sales comps are against the Volt's first generation self, it was another "easy win" for the PHEV (and the 10 consecutive monthly beat).  It will be interesting to see how the model fares when it starts to compete against itself come this October.

Still, GM seems to finally be getting a little more serious about the Volt, as dealer inventory this month not only started to even out more thoroughly across the country, it averaged over ~5,000 units in stock available to be sold for the first time since the 53-mile version of the car arrived last Fall.

Can the all-electric Bolt EV someday pass the Volt in sales?

Also of interest this month at GM with plug-ins:

*- (update) the Chevy Spark EV continues to be a strong performer, selling 333 copies