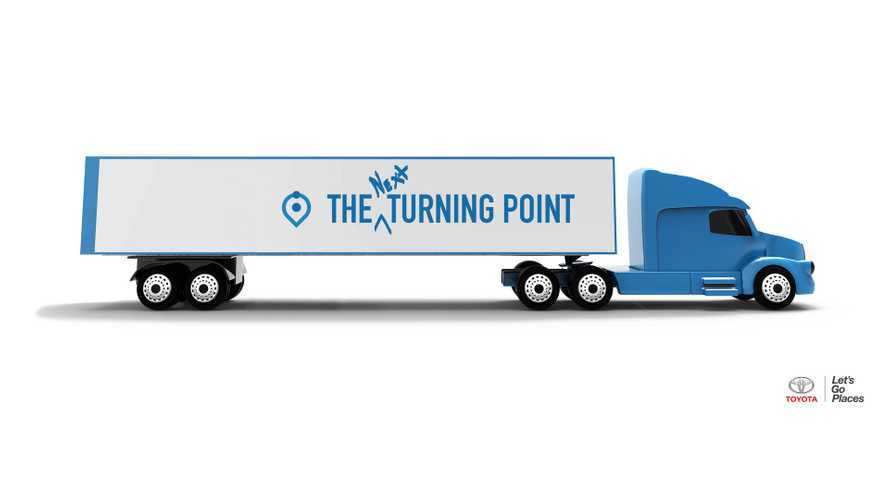 Toyota has announced the study of the heavy-duty hydrogen fuel cell applications.

Whether or not its FCV prototype semi-trailer truck will be 'The Next Turning Point' in Toyota's commitment to a Hydrogen Society remains an open question.

The Japanese company will need to act quickly, as there are other players interested to show the first production-intent FCV trucks - such as Nikola Motors, which unveiled the Nikola One just last month, with an intention to bring to market in 3 years.

Could Toyota's fuel cell truck also include a plug-in component/ability as the Nikola One does?  Only time will tell...Toyota says to stay tuned for more details.

"Toyota has long maintained that hydrogen fuel cell technology could be a zero emission solution across a broad spectrum of vehicle types. The scalability of this technology is enabling the automaker to explore a semi-trailer truck application for a California-based feasibility study.

Additional details on the study, and the continued evolution of a hydrogen society, will be announced in the coming months."