The EPA has released finalized figures for the Hyundai IONIQ Electric and we must admit that we're more impressed now by this first electric Hyundai then we were when the automaker put out preliminary figures some time ago.

Before we dive into the figures, let us first point out this testing note:

So, your results will likely beat the EPA figures then if you up the regen and/or drive the car in a more efficient mode than Normal.

Here are the range figures: 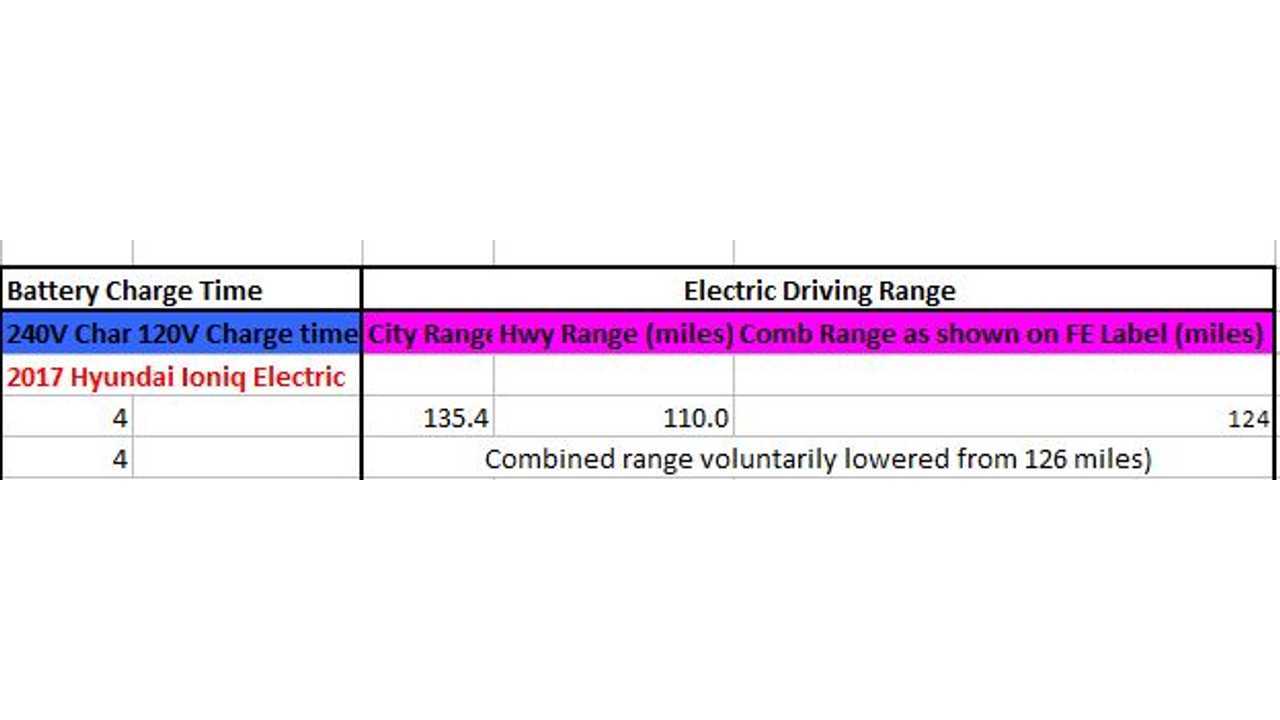 That's 135.4 miles in the city, 110 miles on the highway and 124 miles in combined driving (via a ~28 kWh battery). Not too shabby, but the real surprise is the vehicle's efficiency.

City efficiency is listed at 150 MPGe. Highway is 122 MPGe and combined is 136 MPGe. These results are well above the automaker's expected combined rating of 125 MPGe and in fact make IONIQ Electric the most efficient car in the U.S. It even beats the updated 133 MPGe rating of the Toyota Prius Prime.

The IONIQ clearly is hitting above expectations and we're excited that it'll launch in the U.S. in just a couple of months, but with a 200-mile IONIQ on the horizon, we wonder if this first IONIQ will be a success.