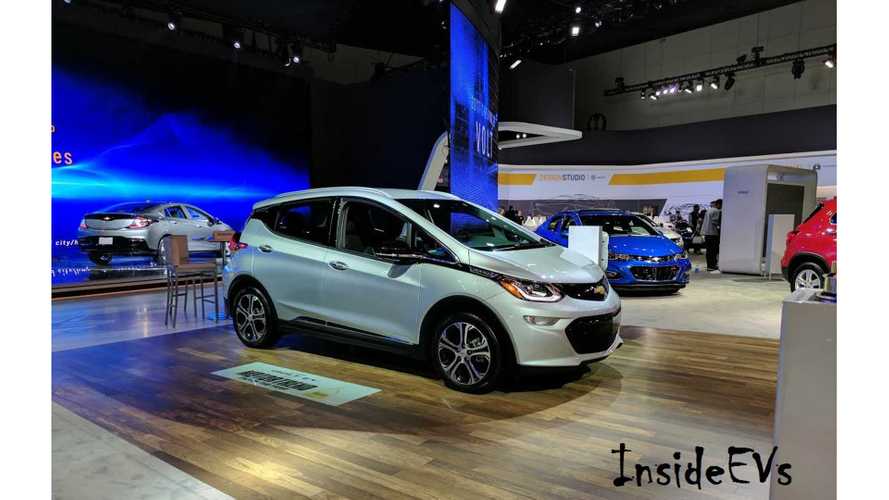 This is but one of several notable awards captured by the new Bolt, which recently grabbed the Motor Trend Car of the Year award too.

You  might recall that the Tesla Model S was listed among Car and Driver's "10 Best Cars" list for both 2016 and 2015. By C&D guidelines, that automatically qualifies the S for a chance at defending its crown. However, Tesla refused/declined to supply C&D with a test vehicle this year and, therefore didn't make the cut the for this year's award.

"The Bolt was also the only EV in this year’s test. We would love to tell you how it compared with the pricier and glitzier Tesla Model S, but despite our repeated requests, Tesla refused to supply us with a car and thereby failed to defend its 10Best berth. We’ve since changed our cologne and started to chew mints."

Back to the Bolt...here's what Car & Driver had to say:

"The Bolt isn’t an excuse-free electric car, but it earns its place on the 10Best list by being the one that comes closest to rebutting two of the biggest criticisms that have been levied against the genre: expense and range."

"The Bolt is a car that inspires respect rather than poetry. Its presence here is justified on the strength of its engineering rather than its looks or performance numbers. It advances the EV game further than anything since the launch of the Model S."

Follow this link for Car and Driver's full write-up on the award winning Bolt.