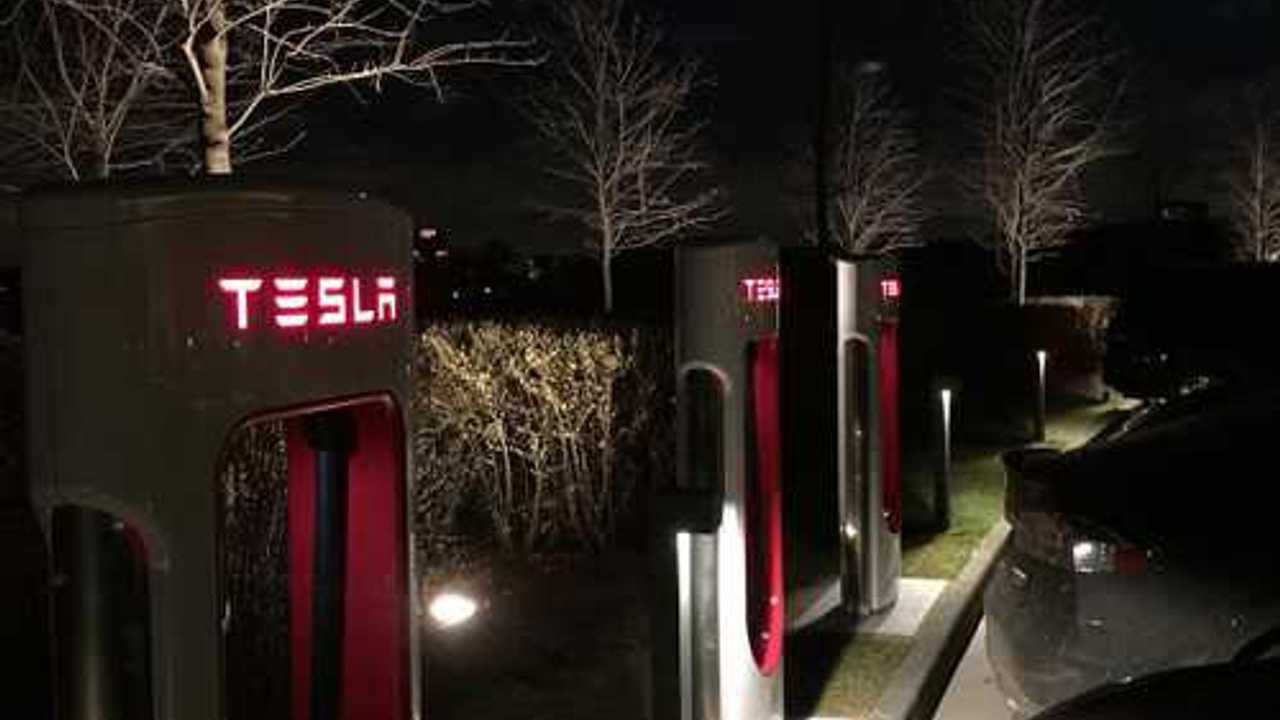 If you have a look at Tesla's current Supercharging map for Europe, you can't help but notice the complete void of infrastructure any place east of Slovakia....but that doesn't mean it isn't there.

Opened just a few days ago, as reported by VC.ru, suburban golf club "Skolkovo" in Moscow has the country's first station.  A closer inspection indicates was via request from Russian billionaire Roman Abramovich (who owns the course), so we imagine Mr. Abramovich picked up the tab on unit.

Just acquiring a Tesla is not all that easy in Russia, yet there are still some ~150 Tesla EVs registered in the country through the end of 2015, with just under a 100 of those finding a home in or around Moscow.

Update (May 3):  Thanks to reader Stefan we can report that the 4 stall unit featured 3 EU and 1 US protocol receptacles.

Also appearing at the brand new Supercharging station this week is the first Tesla Model X just registered in the country!

Russia does factor significantly into Tesla's Supercharging infrastructure expansion plans for 2016, as 5 locations are planned by the end of 2016.