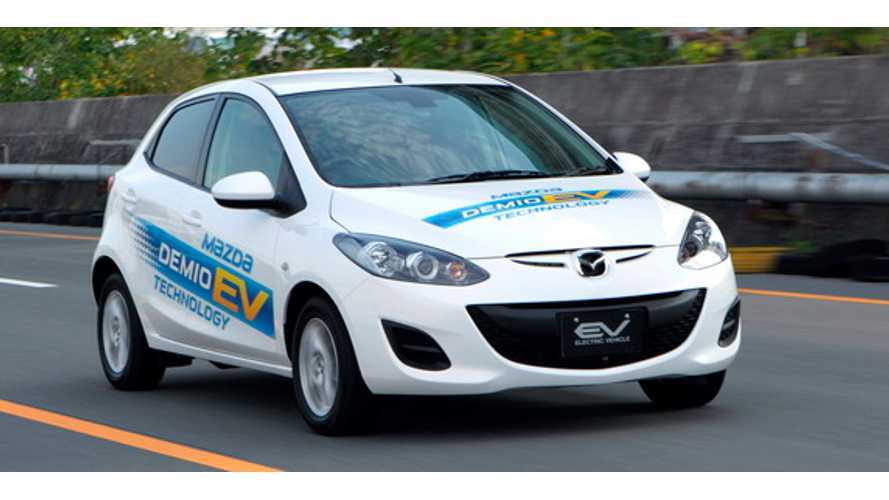 Mazda Demio EV...from back when color photography was just being invented

Mazda has reluctantly changed its mind about electric vehicles, and is now starting preparations for its first plug-in model by 2019.

The reason behind the changing attitude towards plug-in technology, is Mazda's expectation for 5-10% of all global automotive sales to have a plug of some type by 2020, which in turn will also lower the cost of batteries found inside the cars.

There is no decision yet about which model Mazda will be electrified, but it seems that the company could ultimately joining forces with Toyota and co-develop a plug-in model based on an existing ICE platform for rather low-volume production.

As this is Mazda, this future all-electric car is said to also include an option rotary range extender option (naturally).

“If huge battery volumes is required then yes , if not then a unique platform is not required. As you remember we have a range-extender unit provided by rotary engine, that system can help with some distance. We will be able to have two systems.”

Still, change is apparently a hard thing to grasp for Mazda, as Fujiwara added:

“Of course we need EVs. As you know, in Norway, the complete energy source is water… this means that EV is much better for CO2 in Norway. But not in United States or China… Therefore we are focusing on ICE, but some regions we need EV, so therefore in 2019 in that time frame we will introduce EV where it is needed in the world.”

We should note that in the US, given Mazda's relatively small size (less than $40 billion in global revenue), the automaker gets a 'small builder' pass, and can fufill CARB's all-electric ZEV (zero emission) mandate using PHEV sales (plug-in hybrid vehicles)...which is why we have yet to see any serious BEV plans from the Japanese manufacturer.