As promised by BMW late last month, the MINI Cooper S E Countryman ALL4 plug-in hybrid (known as just the MINI PHEV for the purposes of the rest of this story) made its worldwide debut at the Los Angeles Auto Show this week.

The MINI PHEV offers all-wheel drive and up to 25 miles* (40 km) of all-electric range via a 7.6 kWh battery...well, at least on the very generous Euro/NEDC rating system.

MINI didn't give any real world/EPA range specs at the US debut, but one should expect somewhere around 15 - 17 miles (24 - 27 km) when the plug-in arrives next June.

“The Los Angeles Auto Show is the perfect place for the new MINI Countryman’s World Premiere because the exhibition highlights all of the technological progress the auto indusry has made in the last year,“ said Thomas Felbemair, Vice President MINI of the Americas.

With the addition of the plug-in hybrid option MINI has achieved its largest, most versatile and technologically advanced product yet.”

The MINI is powered by a 1.5L 3-cylinder TwinPower Turbo Technology petrol engine (134 hp) and 87 hp electric motor, giving the electrified MINI a 0-60 mph time of about 6.8 seconds.  More advanced details on the car can be found here.

Below:  Full gallery of the MINI PHEV's global debut in LA, plus a full data/spec sheet on the EV

Distinctive badging lets one know this Countryman is electrified

Ok, we have to admit, this is about as cool as it gets when it comes to the design of center console nav system. Is it as functional as it is good looking? Only time will tell!

Under the hood of the MINI plug-in hybrid 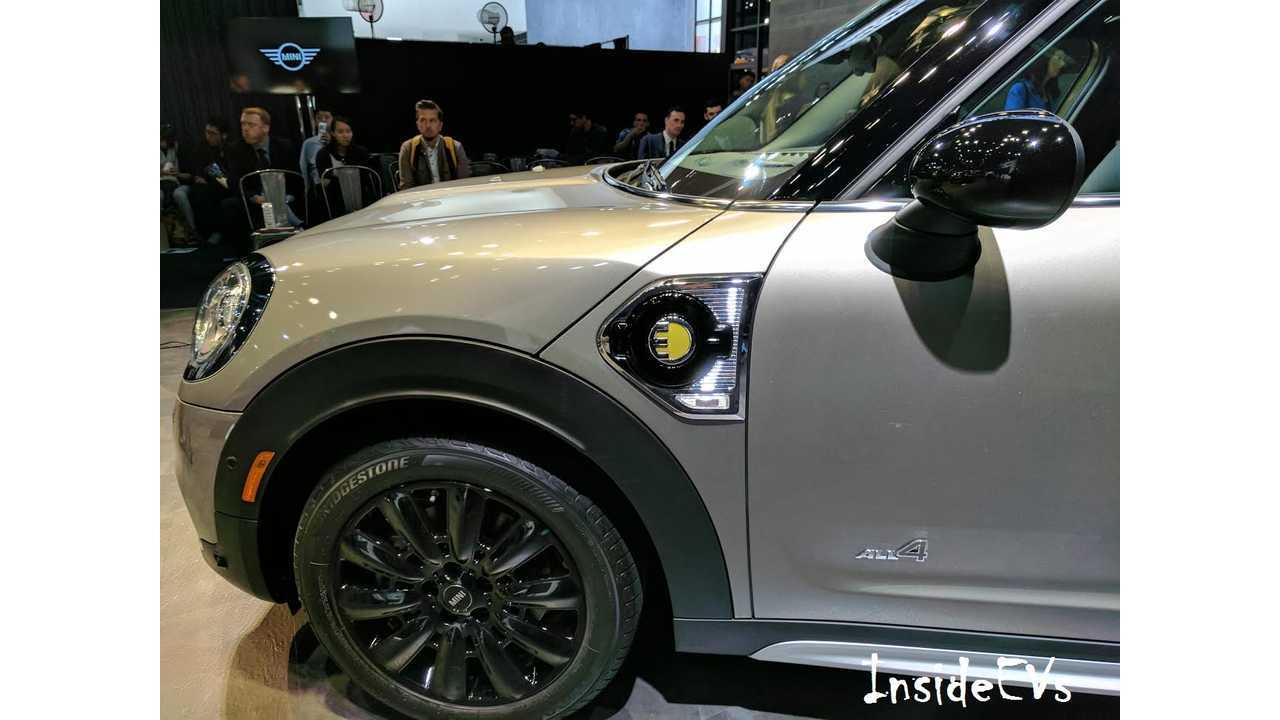 MINI PHEV from its global debut in Los Angeles

A look at the MINI PHEV's open charge door ( and yes, no DCFC option, but it only has a 7.6 kWh battery after all)

The plug-in MINI should net around 15-17 miles of real world, all-electric driving for most situations