Toyota Launches Plug-In Hybrid Corolla And Levin In China, Could US/Europe Be Next? (video) 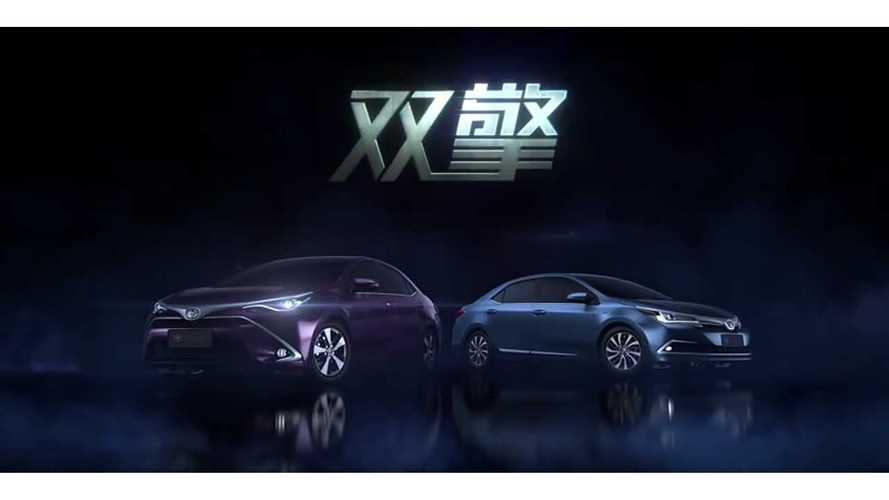 Conventional hybrid versions of both models were introduced in 2015, while the plug-in hybrids will go on sale in 2018.

Could the plug-in Corolla come to Europe and North America in the future at the same time?  Toyota won't say, but we certainly hope to see the Corolla plug-in to make its debut in the Fall autoshow to foreshadow just that!

Specs on the Corolla PHV? All-electric range?   Still, no word yet...but as soon as the numbers are released we will pass it along!

The Japanese company has already established local production of hybrids in China, and has tallied roughly 40,000 cumulative orders.

The plug-in hybrid Prius found total 75,000 sales in Japan, the U.S., and Europe (since January 2012 through March 2016), and awaits new generation later this year.

In 2005, based on long-term plans to encourage the widespread use of environmentally-friendly vehicles in the country, Toyota selected China as the first location for production of its hybrid flagship, the Prius, outside of Japan.

These efforts culminated in last year's launch of the Corolla Hybrid and Levin Hybrid―both of which feature locally developed hybrid units―in the Chinese market. Cumulative total orders for both vehicles now stand at approximately 40,000 units. To continue promoting the widespread use of alternative energy vehicles in the future, Toyota is also proceeding with localization of plug-in hybrid vehicle development ahead of the launch of plug-in versions of these two models in 2018.

Global sales of the Toyota Prius PHV began in January 2012, and by the end of March 2016, a cumulative total of 75,000 units had been sold in Japan, the U.S., and Europe, with the latest generation Prius PHV set to go on sale in these markets from this fall. With plug-in hybrids representing the new benchmark for environmentally-friendly vehicles in China, the mass-market Corolla and Levin plug-in hybrid models will be launched in 2018."