Highest Concentration Of Plug-ins Relative To US Population In 2015 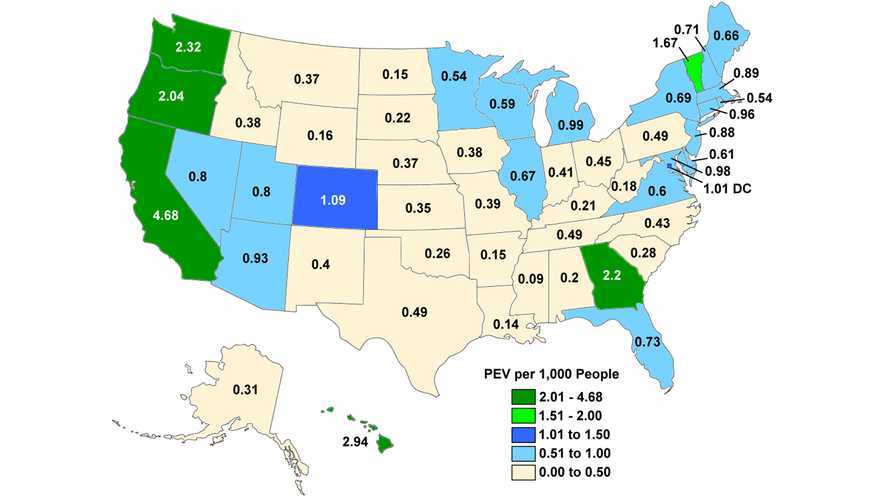 The DOE Office of Energy Efficiency & Renewable Energy's released some interesting data about plug-in electric vehicle density in the U.S. (as of 2015).