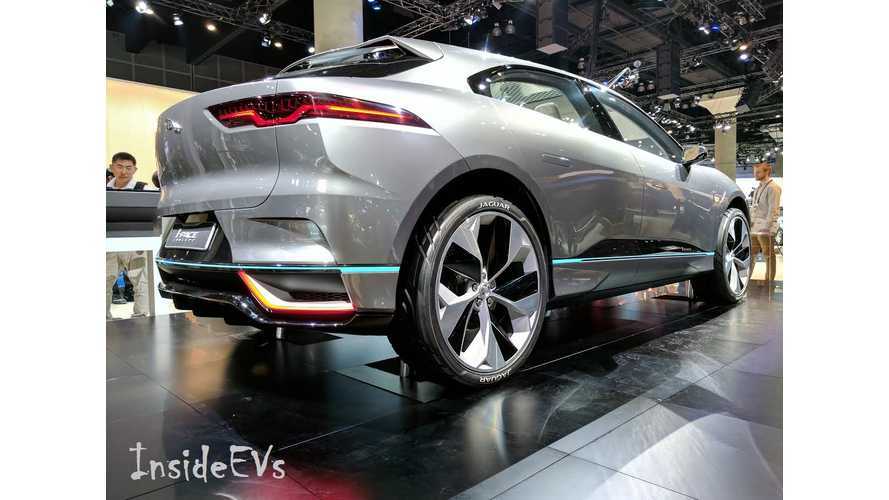 We won't be seeing a Jaguar i-Pace FCEV anytime soon

Jaguar/Land Rover’s technical design director Wolfgang Ziebart, the man who was put in place to oversee the development of the company's 220+ mile, all-electric i-Pace that debuted this week from the LA Auto Show (details here, live gallery here), gave his matter of fact opinion on fuel cell technology - calling them "complete nonsense".

“The well to wheel relationship from the energy source to the vehicle is a disaster."

So, we will just go ahead and pencil Jaguar down for not offering any fuel cell offerings in the near term.

Not withstanding the economic/environmental reality of fuel cell vehicles, many automakers who had previously been seen as major backers of hydrogen technology (think Toyota and Hyundai) have already been forced into transitioning their mainstream alt-vehicle offerings into plug-in specific vehicles.

However, the reasoning hasn't been anything to do with the "common sense" factors behind the fuel cell platform's efficiencies, but rather it has been due to the ever-rising global fleet and emission standards, and the tepid demand for fuel cell vehicles.  The luke-warm (at best) reception for fuel cell vehicles has been mostly because of a costly starting MSRP, and the lack of a strong hydrogen refueling infrastructure limited places where the fuel cells could be sold.

Basically, you just can't sell enough FCVs to be in compliance with global mandates.

“Also, you have to consider the fact that the battery itself has a high efficiency of around 90% or so.”

As for the lack of infrastructure, the Jaguar design boss didn't feel that was too big of an obstacle - provided the vehicles themselves made sense.

“This is the most important argument. The other stuff – for example, the infrastructure for hydrogen fuel cell refuelling not being developed yet – that can be overcome. If there was a strong reason to have a hydrogen infrastructure, then I think it would be set up, but with this disastrous well-to-wheel relationship, it doesn’t just make sense.”