Tesla CEO Elon Musk Talks Up A Self-Driving Transportation Solution For Dense Areas, But "Not Exactly A Bus" 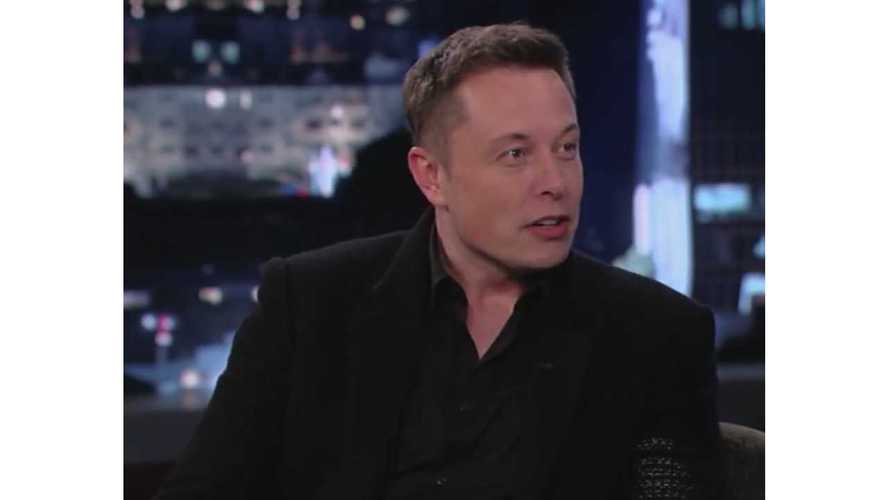 At a recent transportation conference in Norway (video below), Elon Musk mentioned a new concept regarding driverless 'bus-things' to aid in traffic congestion in heavily populated cities.

Musk didn't go into any detail about a plan, but said:

"We have an idea for something which is not exactly a bus but would solve the density problem for inner city situations.

Autonomous vehicles are key... I don't want to talk too much about it. I have to be careful what I say."

The Tesla CEO apparently has many world problems that he hopes to solve; traffic congestion is just one of them near the top of his list. The Tesla boss also has a habit of providing just enough hints on a regular basis, to keep the excitement up. He previously shared that he devised an idea for the Hyperloop, "a fifth mode of transportation", when he was sitting in a Los Angeles traffic jam.

In January, at Texas A&M University's SpaceX Hyperloop pod design competition, Musk told of his plans to design a jet with the ability to take off and land verically like a helicopter. This would save space needed for runways, and possibly allow a jet to take off in the middle of a high traffic situation.

At the recent event in Norway Musk stated:

"I very much agree with solving the high-density urban transport problem. There's a new type of car or vehicle that would be great for that and that'll actually take people to their final destination and not just the bus stop."

Tesla's Autopilot feature has already proven that the company is a true front runner in autonomous technology. The Model X is currently taking the roads with semi-autonomous capabilities. It is still not known what the Model 3 will offer, but sources speculate, with its 15-inch tablet style console screen, and no traditional instrument cluster, it may provide a much closer step toward fully autonomous.

Video (below): Elon Musk at the Future Transport Solutions conference in Oslo on April 21st (hat tip to Nickkkkkk!)