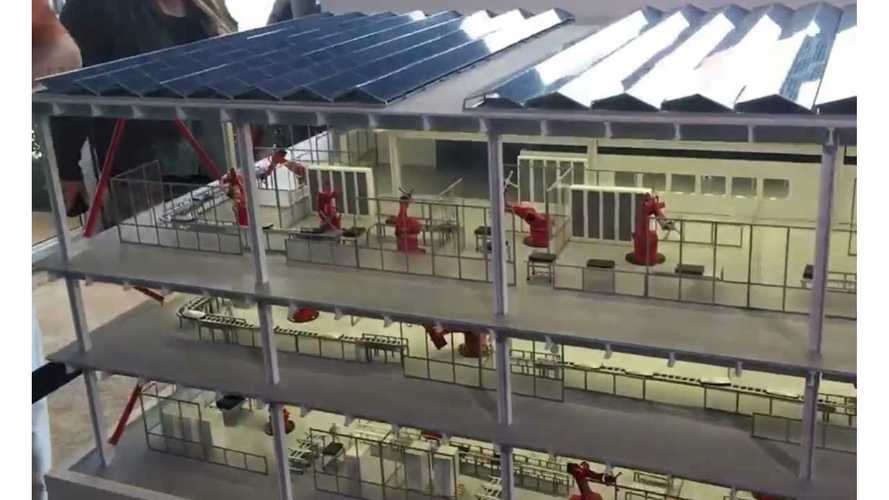 Tesla held its Gigafactory grand opening on Friday, and the event kicked off at 6PM local time (PT), as the majority of the guests were shuttled to the massive Tesla battery plant from nearby downtown Reno.

Fortunately, one of the attendees and friend of InsideEVs, Kman Auto not only was at the plant, but took the time to live stream the entire experience from front to back. Also captured was Tesla CEO's live speech afterwards (video below).

So big props to Chris for doing that!  Check out his YouTube channel for more Tesla-related goodness here. And also, if you are in the market for a new Tesla, I'm sure he would appreciate using his referral link (here) to net yourself a $1,000 discount (and him invited to the "next" big reveal).

The tour covers just about everything one would want to know and see.  From the construction and renewable aspects of the plant, to a look at the new "21-70" cells housed in a 6.4 kW Tesla Energy battery pack (the future battery choice over today's 18650s).

Currently the facility seems to mostly be running a "pod line" assembly battery packs for both the Powerwall (6.4 kWh) and industrical Powerpack (~100 kWh).

After the tour, both Tesla CEO Elon Musk, and CTO JB Straubel gave a live speech to guest - check out the full talk here.

Below (video): Model of a Gigafactory segment (via YT/Automobile Propre), and a highlight gallery from the tour - including a 6.4kWh energy module with new 21-70 batteries and the Gigafactory in action

Much of the Gigafactory is 1 or 2 floors, while some is 3 (3rd floor used primary for storage)