Edmunds: Electric And Hybrid Owner Loyalty Sinks To All-Time Low - We Explain Why 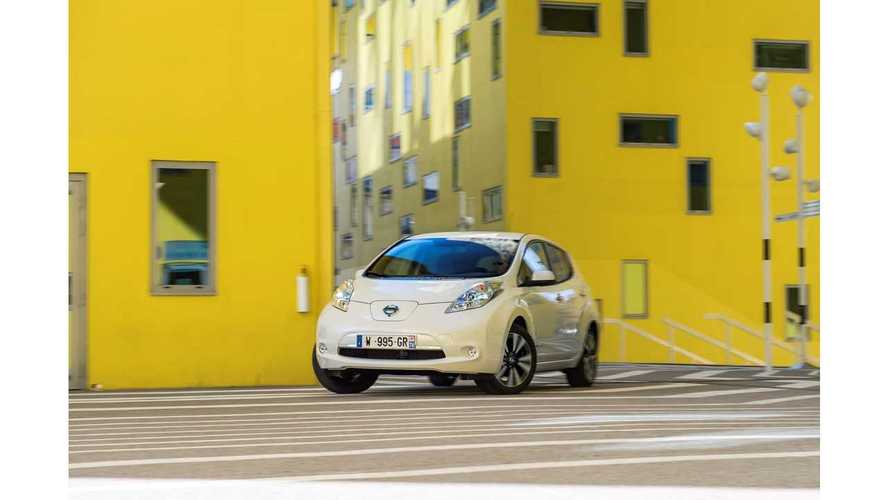 Vehicles purchased in connection with a hybrid or ev trade-in. 2016 data consists of 5,724 hybrid and EV trade-ins captured through the end of March. Data: Edmunds.com (source: Green Car Congress)

Edmunds.com is back revisiting the topic of EV and hybrid loyalty, after year ago some concerns were articulated.

According to the study highlights, EV and hybrid loyalty falls to all-time low.

Edmunds.com: Follow-up to 2015 Earth Day Study Shows Alt-Fuel Trade-ins Are More Likely to Go Toward a SUV Purchase than another EV or Hybrid

Well, the lower oil prices for sure affected the the consumers choice when purchasing new cars, but grouping EVs (all-electric and plug-in hybrids) with conventional hybrids makes more harm than good when illustrating the market.

While normally we bristle defensively when we see any data that would seem to go against the conventional wisdom that the plug-in segment is still growing rapidly and that EV owners do have the highest loyalty rate historically, this study actually rings true. We'll explain:

In the first half of 2015, the Toyota Prius PHV was still in production, Nissan had yet to announce a 107 mile edition was arriving, and the next generation Chevrolet Volt had just been introduced.

By the second half of 2015, all threes vehicles were for the most part unavailable for consumers to buy, causing the numerical trend to start to fall off.

During the first quarter of 2016, the Prius PHV was fully out of production/no inventory (waiting on the recently revealed Prius Prime plug-in), the next generation Chevrolet Volt was only available regionally in limited quantities for the first 2 months of Q1, and the Nissan LEAF? Well, lets just say the demand behind that car has shifted to "future" all-electrics with the US public being hammered with news of the Chevy Bolt EV and Tesla Model 3 - thus few former LEAF owners are deciding to buy a new 100 mile all-electric, when the 200 mile EVs (for about the same price) will start to arrive in just ~7 months.

Tesla - If you have bought a new EV at Tesla Motors over the last 3 months (which was the number 1 seller by a long shot, almost ~30% of the segment), you probably realized pretty quickly that this isn't your dad's dealership, and if you had an EV to "trade-in", you didn't do it here.

So, in the case of plug-in trade-in numbers, we will just go ahead and put an (*) asterisk beside any data and say 'just wait until next year'.

Only 27.5 percent of all hybrid and electric vehicle trade-ins in 2016 have been applied to the purchase of another hybrid or EV, according to a new analysis from car shopping destination Edmunds.com. The rate is a precipitous drop from the 38.5 percent of hybrid and EV trade-ins in 2015, and the findings reinforce a trend first identified last year by Edmunds that owners of alt-fuel vehicles are returning to traditional gasoline-powered vehicles in greater numbers than ever before.

But the trend back toward traditional vehicles is not having the negative effect on the environment that one might expect. According to the University of Michigan Transportation Research Institute, the average fuel economy of cars sold in the U.S. in March was 25.3 mpg, up 25 percent from when the institute started tracking this number in October 2007.

"This trend is not an indictment of the quality of these cars – hybrid and electric vehicles tend to be equipped with some of the most sought-after technology on the market today," says Edmunds.com Director of Industry Analysis Jessica Caldwell. "This is an economics trend, since today's low cost of gas no longer makes it worth paying the price premium of hybrids and EVs. And there are so many fuel-efficient vehicles on the market today that environmental concerns weigh less than they might have in years past. When you're buying a vehicle that can get over 30 mpg, you can still say you're doing your part to help the environment."

'From One Extreme to Another' A detailed analysis of Edmunds' vehicle trade-in data tells a story of many hybrid and EV owners jumping from one extreme to another. In fact, Edmunds found that a hybrid or electric trade-in is more likely to go toward the purchase of a SUV (33.8 percent) than another hybrid or EV. The trend is even more apparent when looking only at EV trade-ins – 25.7 percent of EV trade-ins went toward the purchase of a SUV, compared to just 4.8 percent that went toward another EV.

Vehicles Purchased in Connection with a Hybrid or EV Trade-in

"The overwhelming popularity of SUVs trumps just about any other trend in today's market," says Caldwell. "SUV sales are up 22 percent in the last five years, and almost every other segment has suffered as a result. It's especially true for hybrids and EVs, which generally don't offer the size that today's shoppers crave."

Edmunds' trade-in analysis comes at a time when overall electric and hybrid sales have struggled. The alt-fuel category saw a 10 percent drop from Q1 2015 to Q1 2016, while the overall industry saw a 3.3 percent lift during that time. There is, however, one shining segment within the green car category: plug-in hybrids. A successful redesign of the Chevrolet Volt and the introduction of some new models like the Audi A3 Sportback e-tron and the Hyundai Sonata Plug-in have helped the segment's sales jump more than 40 percent, from 7,652 sales in Q1 2015 to 10,932 sales in Q1 2016.