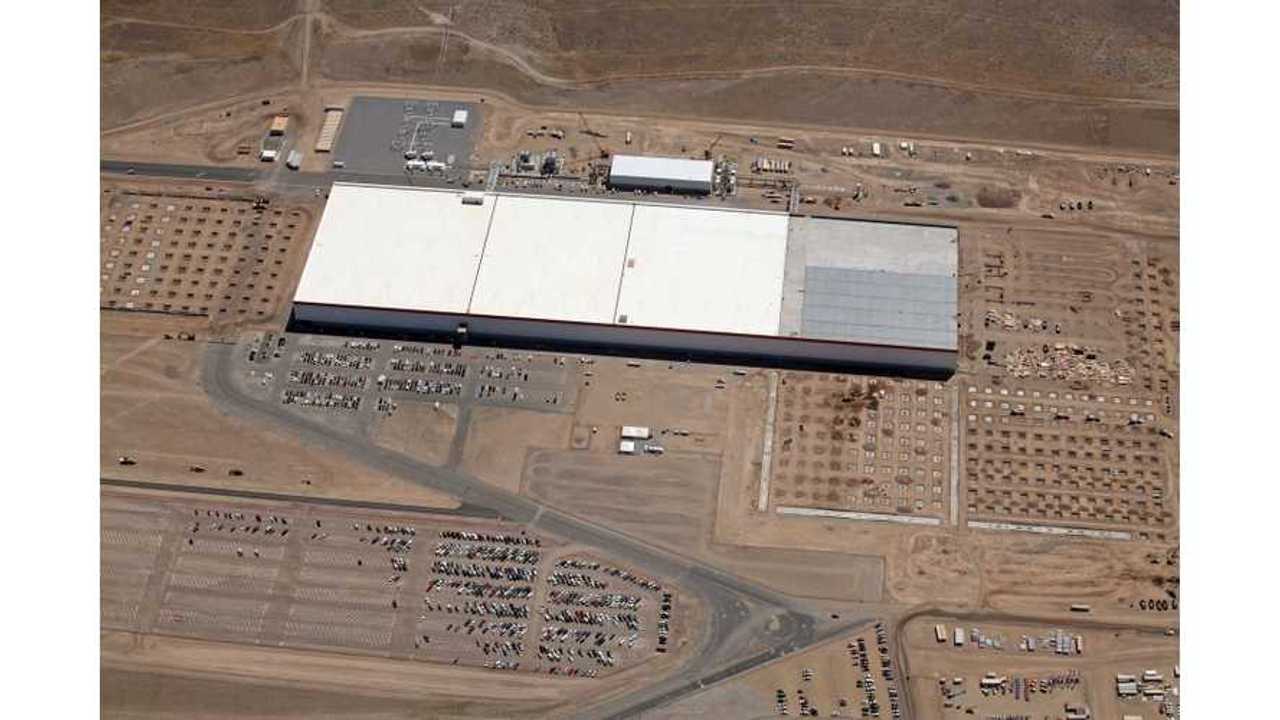 Once again, Jack Cookson of BuildZoom sifted through building permits for the Tesla Gigafactory. He found $63 million more spent by Tesla since his last exploration, bringing the grand total up to $386 million thus far.

Check out BuildZoom's "Gigafactory page" here for all the building permits at Tesla's Electric Avenue site in McCarran, Nevada.

Inside The Tesla Gigafactory - July 2016

The current structure is not even 15% of the size planned for the finished Tesla Gigafactory. Expansion will continue for years to come.

As new sections are added, temporary walls are removed from the existing building. Workers push through seven days a week, working two shifts a day to move progress forward. Over $350,000 was spent on lunch tents alone for the workers.

The first two permits totaled $16.2 million and were issued by Panasonic. Both were related to machines, tools and equipment for the partner's use in buildings B/C.

Permits for D/E totaled $14.4 million for additional work and $9.4 million in other random expenditures, including a parking lot expansion to accommodate 2,000 cars.

The parking lot expansion, along with another permit for a massive $300,000 temporary tent were both just in time for the Tesla Gigafactory Grand Opening event.

Section F expansion, one of at least two of the newest additions, seemed to cost the most of the $63 million. One permit for the structure totaled $22 million. Another unexplained permit for "seismic anchoring" rings in $9.4 million. It is assumed to be related to Section F's foundation.

Cookson noted a permit for a "Nitrogen Yard" as well. He explained that he has no idea what that is or how it may be used by the company.