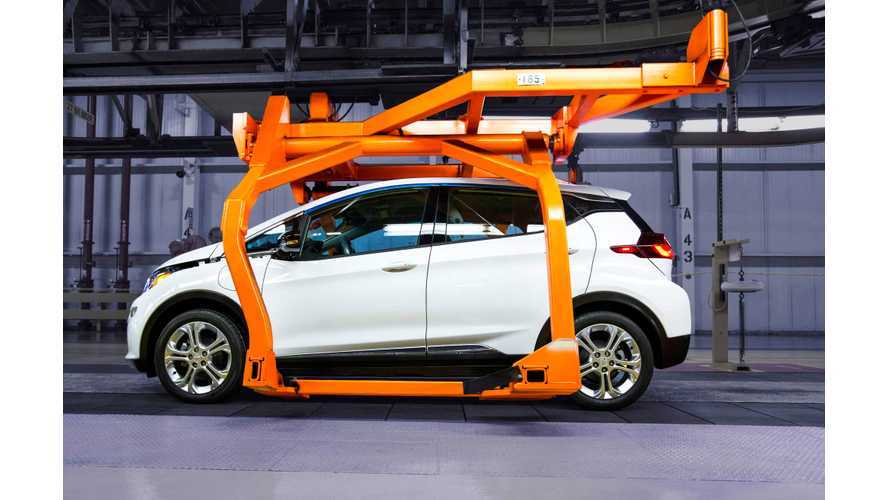 GM has re-confirmed this week that only a few months are left before the first deliveries of the company's Chevrolet Bolt EV get underway to dealerships in the 4th quarter.

With an estimated range of over 200 miles (320 km) under EPA tests, the Bolt EV will be priced at around $30,000 after $7,500 federal tax credit. (GM is expected to announce official pricing and specs shortly)

“We’re pioneering here with a product that the world’s never seen,”

Indeed, and for once this isn't your typical automaker hyperbole, an affordable 200-mile electric car is truly a product not yet available anywhere in the global market yet, should lead the next generation of plug-ins sales to the next level.

The Chevrolet Bolt EV will be produced in Orion Assembly Plant in Orion Township and to be available in all 50 states (although not initially). It's not know how many Bolts EV GM intends to sell annually - the consensus from analysts and GM's own suppliers seems to indicate a level of about 25,000 once production is optimized.

“This is on the leading edge of technology. This is preparing ourselves for tomorrow and the future. This isn’t going to be the best-selling vehicle. It was never designed to be our best selling. This was designed for us to be able to get out, to be able to real world, to continue our leadership.”