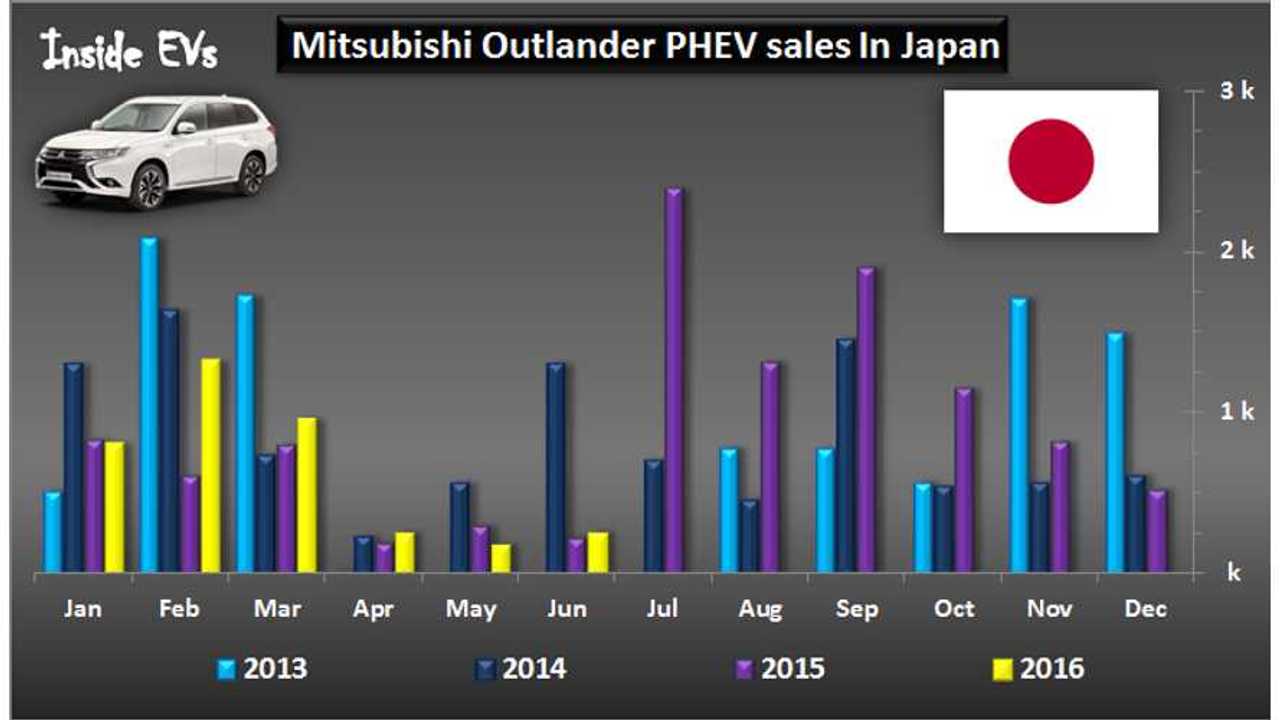 After the introduction of 2016 model-year, the Mitsubishi Outlander PHEV set new sales record in Japan in mid-2015.

Then, the volume decreased, and over the last couple of months, demand has been pretty weak, close to historically weak.

The second quarter ended with just 677 sales in Japan, at average of 225 a month.

In June specifically, only 253 Outlander PHEVs were sold, which is actually up 14% year-over-year  against some weak comps for 2015 that had Japanese customers waiting on the refreshed Outlander (check July 2015's surge to see what we mean).

Meanwhile, Mitsubishi resigned again from introducing the Outlander PHEV in the U.S. this year (now says Summer of 2017), which must be related to financial reasons, as we believe (looking at sales in Japan and elsewhere in the world) there is certainly no production constrains, as had been the case a few years ago.

Mitsubishi Motors was recently hit hard by its emission scandal and reports massive losses. Sales decreasing globally by 16% in Q1 (Japan went down 43%, North America 5%, Europe 15%). The company will be trying to rebound with help from Nissan, of whom acquired controlling stake in May as a result of financial pressure and possible legal obligations owed to Nissan as part of the emission liability.