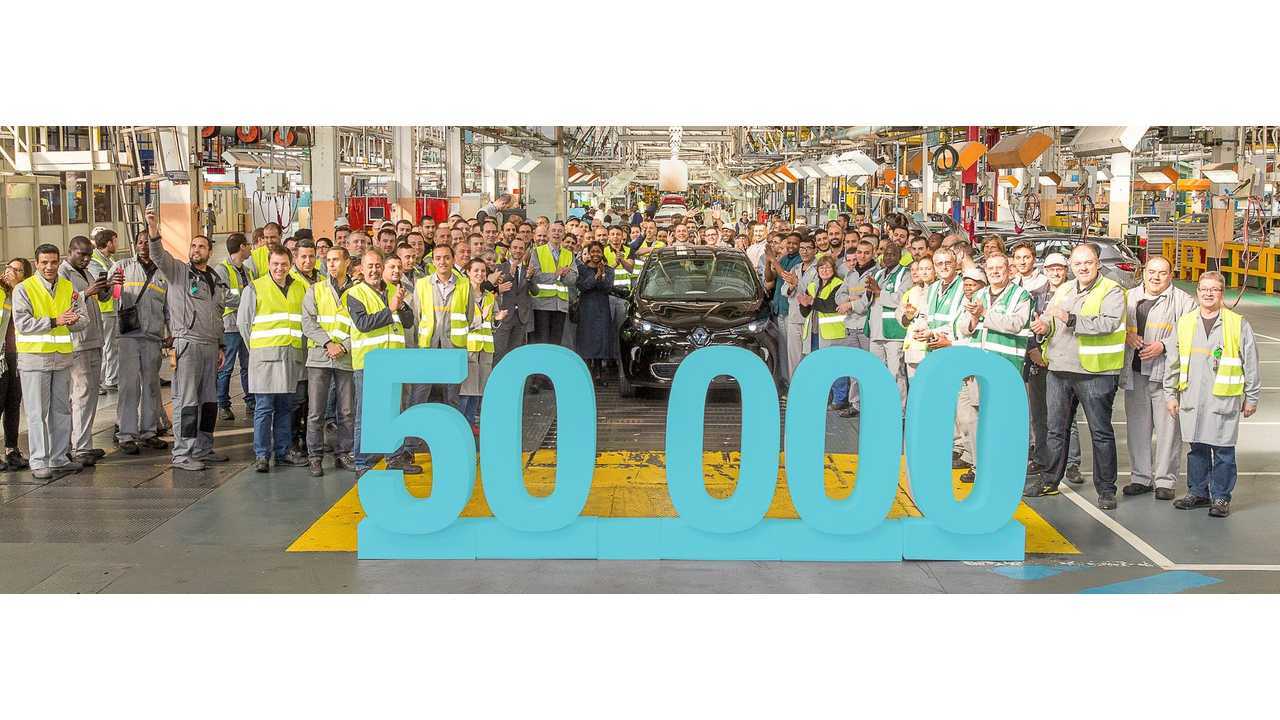 Renault has announced a significant milestone of passing 50,000 ZOEs sold since its introduction in early 2013.

With 18,500 sales in 2015, the ZOE represents around 20% of BEV sales in Europe and 55% in France.  So it is a major driving force in the electrification of the automobile in the region.

For what it is worth, Renault also states that 98% of ZOE customers are satisfied.

"This is the case of Sylvie, our 50,000th customer. Sylvie and her family live in Saint Cloud, outside Paris. Her children encouraged her to choose ZOE, which she intends to use for most of her everyday journeys. Guillaume Berthier, Electric Car Sales and Marketing Director, had the pleasure of presenting her with the keys to her ZOE at the Flins plant near Paris, the only site building ZOE for global distribution.

Since 2013, Renault has been the only carmaker to have a complete all-electric vehicle range with Twizy, ZOE and Kangoo Z.E. Since then, the EV market has grown exponentially, expanding by 48% worldwide in 2015. A total 18,500 ZOE vehicles were sold last year for a market share of 20% in Europe and over 55% in France.

Charging a ZOE is also becoming easier every day, with the continuing rollout of new infrastructure. Today, more than 60,000 charge points are available to the public in Europe, and 200 fast-charge stations can be found every 80 kilometers along France’s motorways (Corri-Door project)."