Mitsubishi Outlander PHEV Again Delayed In US Until Summer 2017, Another Weak Excuse Given 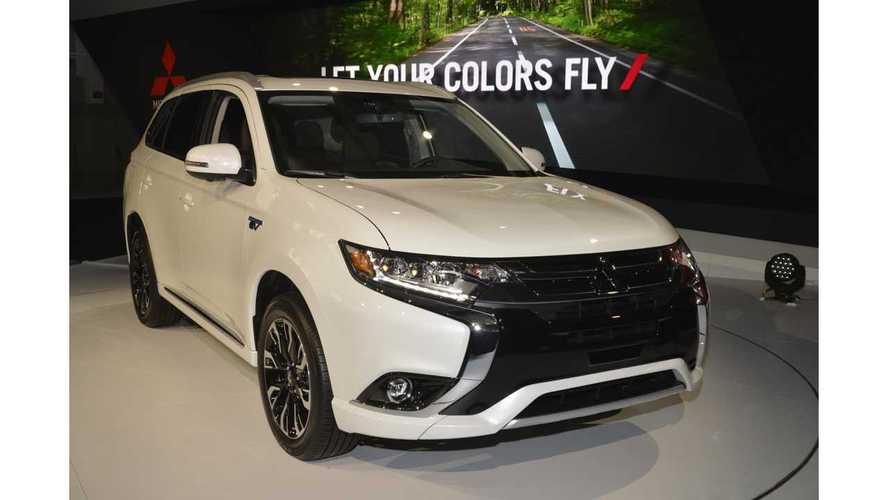 Have a good look North America, because this is as close as you will be getting to the Mitsubishi Outlander PHEV

Stop us if you have heard this one before...

The Mitsubishi Outlander PHEVs release for the US has been delayed

Mitsubishi President Osamu Masuko Said In November of 2012 That The Outlander PHEV Would Arrive In The US In January of 2014...so close Osamu, so close

We bet you have, because this makes the 6th time we have heard this song (or possibly 7th time-who can count them all, it's a lot).

This month's delay pushes the Outlander PHEV's release in the US back another full year, until summer of 2017, we assume as part of the company's 2018 model year lineup:

"Following a thorough evaluation process, we have determined that, in order to meet a level of competitiveness that will exceed customer expectations in the United States, the launch of the Outlander PHEV will be delayed until the summer of 2017" - Alex Fedorak manager, Public Relations to Hybrid Cars on Thursday.

Just for "fun" we have compiled a list of previous excuses (because that is all they are) dating back to 2013 below.

January 2013 - Outlander PHEV launched in Japan on January 24th.  However before that, Mitsubishi boss Osamu Masuko (as he outlined Mitsubishi’s comeback plan for selling cars in America) stated that

“...the plug-in hybrid version (of the Outlander) will go on sale in the United States in January 2014.”

"Our plan is to introduce the Outlander PHEV in the US during 2014 CY (calendar year) and we will be making a formal announcement at a later date.” - Mitsu Rep Sophia Ko to InsideEVs

The Outlander PHEV was delayed so often, that the first generation was missed entirely in the US

"They think that deterioration of the battery might affect emissions”.  The company had to add a monitoring device, the engineering and addition of this monitor will likely push the vehicles US introduction back to“late 2015 or early 2016“ according to Tetsuya Tobe, manager of product planning.

We did speak directly to ARB on the matter, and they outright denied the claim, stating:  "ARB did not “hamper” Mitsubishi in this effort. The company was offered the means to go forward with certification and made its own decision not to do so at this time. This is the same certification mechanism offered to any automaker."

December 2015 - as promo for the Outlander PHEVs US debut in New York, August 2016 was given as the start for  deliveries - Mitsu press

"later summer" to debuted was a 2017 model, possible with some tweaks - Mitsu Rep Alex Fedorak

So quite honestly Mitsubishi North America, you can take your BS reason of wanting a "level of competitiveness that will exceed customer expectations in the United States" and stick it in your ear.  We have had enough idle chatter from you, the only thing we want to hear from you now is that it is for sale on dealer lots today...or nothing at all.