FIA Formula E Racers Get New For Next Season 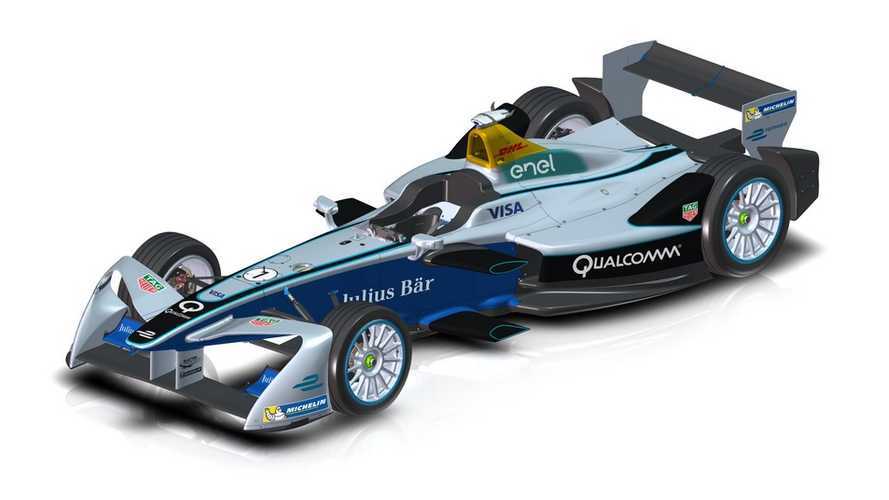 After two seasons Formula E decided to refresh the look of its racers with small change in form of new front wing.

It shouldn't make much difference on the aerodynamics, so the change is more to create unique visual identity.  We quite like the new style, as it give a more modern appeal (older racer image below for reference).

"The new two-tier wing makes the fully-electric single-seater look more aggressive and unlike any other racing car in the world."

We will see new-look of Formula E racers at the opening group test at Donington Park on August 23.

“Formula E aims to be different, and this new front wing creates a look that’s different to every other car out there. I think this is a great addition to our car and further emphasises the fact that this is a modern, forward-thinking championship that is taking a completely different approach to all other racing series.”

“The FIA Formula E Championship is not just a great environment in which to develop a completely electric powertrain with new battery technologies, but it is also a platform for experimenting with innovative solutions when it comes to designing single-seater racing cars.”

“I like the look of the new front wing - it looks a little bit more futuristic, and from inside the car you can see the top part of the wing, so visually for the driver there is also a small change. We want Formula E to look different and be different, and the new wing is a good way of showing that. I don’t think it will make too big of an impact on aero which isn’t in the ethos of this championship - but it’s a good way to show visual development heading to Hong Kong for the start of season three.”