Next James Bond Car Could Be An Electric Aston Martin 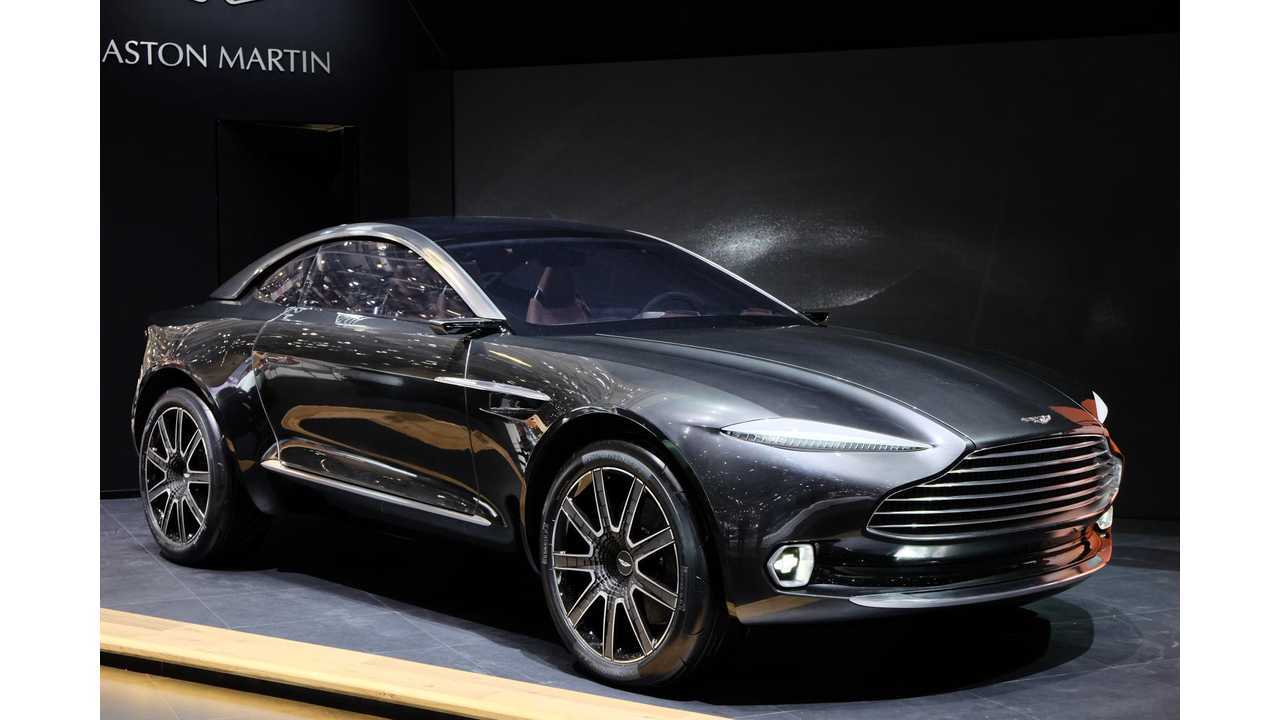 Perhaps Aston Martin CEO, Andy Palmer has been listening to Bill Nye (y'know, the science guy) in that James Bond needs get with the times, and upgrade to a plug-in ride, as Palmer told CNBC that indeed 007 may soon be sporting an electric Aston Martin.

He explained why an electric vehicle could be chosen to suit such a "tough guy". Palmer said:

"What does electric give you? It gives you phenomenal acceleration, phenomenal torque (force) – immediate pick-up, there's no lag, so if you use it well and certainly in the near and medium-term and in our terminology, the long-term, you're going to have at least a combination of battery, electric and gasoline and then you get the best of both worlds.

You get the engagement and the sound of a V12 or a V8 engine but you get the power supplemented by the electric motor, so you get the best of both."

As we know from his background with Nissan as the main cheerleader behind the LEAF, Palmer is a firm believer in electric cars becoming the norm in the future.

CNBC asked him how he thinks James Bond might feel about Aston Martin's new DBX plug-in concept. He imagined:

"James is an important customer for our sports cars but he occasionally gets married so maybe there's someone out there for him although you can get a baby seat in the back of an (Aston Martin) DB11. But it's about reality and Aston is more than just James Bond. It's about being British, being independent, it's about craftsmanship and it's about business itself."

He hopes that the family-oriented crossover SUV will help keep Aston Martin in the mix for years to come. Palmer said that the younger generation prefers this type of vehicle and his company needs to cater to that.

An 800 horsepower Rapide EV with a range of 200 miles is also coming to market, and truthfully that may be a better fit for Bond.