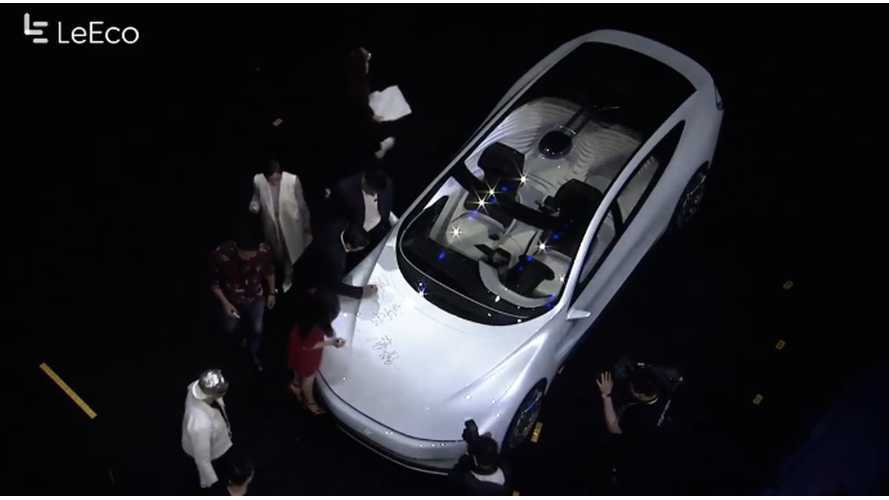 In Beijing, LeEco showed four new products, including the autonomous LeSEE. Each product covered a different category. The other unveils were not auto-related. A smartphone, a TV, and a VR headset were premiered at the event.

LeEco CEO and company founder, Yueting Jia, along with co-founder Lei Ding revealed the new concepts at the event, showing off the car's fully autonomous features, along with "machine learning" capabilities.

At the event, LeEco publicized its plans to assist Faraday Future in funding a substantial autonomous driving research center in Silicon Valley. The company said that full disclosure of these new plans will be released at the upcoming Beijing Auto Show next week. Previously, it was reported that the companies had plans to team up to help Aston Martin produce an electric car.

Although the unveiling event was held in Beijing, and not part of a major auto show, it had a viewership of over 10 million people worldwide. Facebook Live showed an audience reach of over 2.3 million.