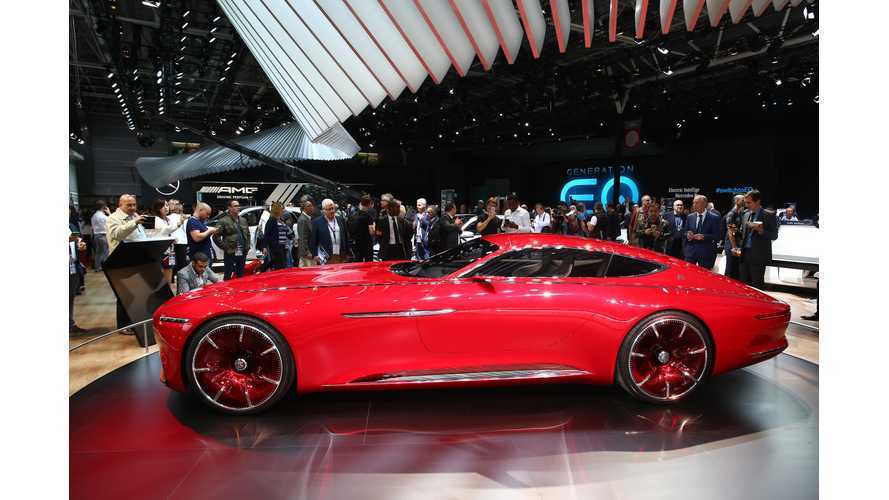 As we know after the Paris Motor Show, Mercedes-Benz is launching a new EQ brand focused on electric cars, designed from the ground up on the all new EVA (Electric Vehicle Architecture) platform.

To some degree it sounds like the BMW i subbrand, as there are apparently four EQ models planned - two SUV and two saloons.

According to rumors, some of the EQ models could also be offered also in some kind premium Maybach-edition (like the special S-Class).

"Speaking of experience, the new electric models from Mercedes-Benz could also get influences from its divisions, namely AMG and Maybach. While AMG has an EV in its portfolio, the SLS AMG Electric Drive, there is no clear intention of developing sporty versions of the future electric models sold under the EQ nameplate.

On the other hand, Mercedes-Benz can benefit from its Maybach division, which has already been employed to make a particular version of the S-Class.

Their next project is an SUV, but it will also be sold under the Mercedes-Maybach name. However, rumors suggest that the German automaker is considering the development of Maybach versions of some of the models in the EQ range."