The Case For The E-REV 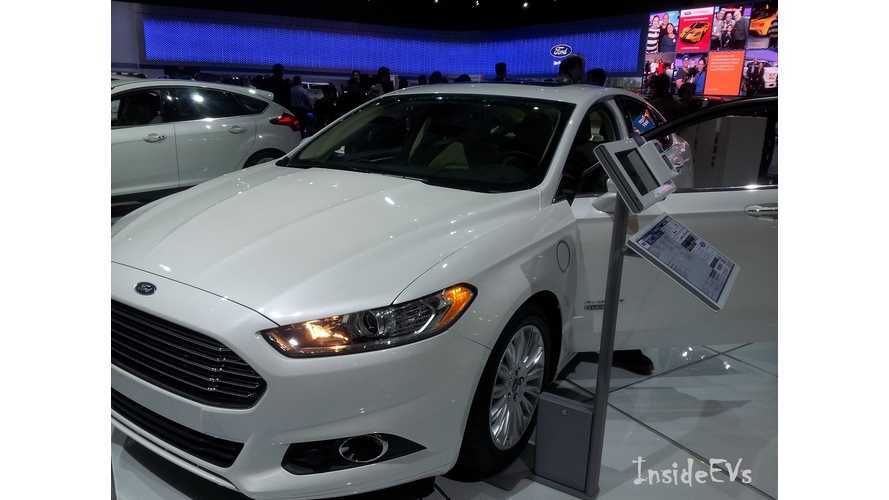 The extended-range electric vehicle is thought of by many as a stepping stone on the technological highway to battery electric vehicles.  The E-REV, however, deserves a second look as a viable long-term technology.

In fact, it’s hard to imagine a scenario where electrochemical energy storage ever matches the specific energy or energy density of refined liquid hydrocarbons.

Take the relatively low specific energy of batteries and combine it with the fact that most people drive 40 miles or less every day, and you get a bunch of EV drivers dragging around thousands of pounds of batteries that are usually unnecessary.

How does that translate into vehicle efficiency?  The Tesla Model S has a rating of 38 kWh/100 miles, while its EREV cousins - Fusion Energy, Volt, and i3 have ratings of 37 kWh/100 miles, 31 kWh/100 miles, and 29 kWh/100 miles, respectively.  In fact, the Model S has one of the highest electric energy usage rates of all the vehicles surveyed on InsideEVs monthly sales scorecard.

The weight difference is not all in the wheels

The point here is not to pick on Tesla, and it is certainly true that vehicle energy consumption is influenced by a lot more than just battery mass.  However, it is worth considering that, for many people, Ford’s Kevin Layden got it right:

“I think right now with the launch of the Focus Electric at 100 miles, it is going to satisfy a big chunk of the population.”

General Motors would slightly disagree, as they would rather sell you 53 miles of electric range, followed by several hundred miles of gasoline range.  Both have sound logical background, but the Volt does offer more flexibility in total range.  The Gen 2 Volt will also likely log nearly as many all-electric miles as a 100-mile Focus would, extrapolating the results of this study from Idaho National Lab.

The future is likely to support a number of different transportation technologies for decades to come.  For many, the E-REV will be simply a more economical and efficient powertrain.

About the author: Matthew Doude is program manager for powertrain engineering and business development officer at the Center for Advanced Vehicular Systems, part of Mississippi State University.