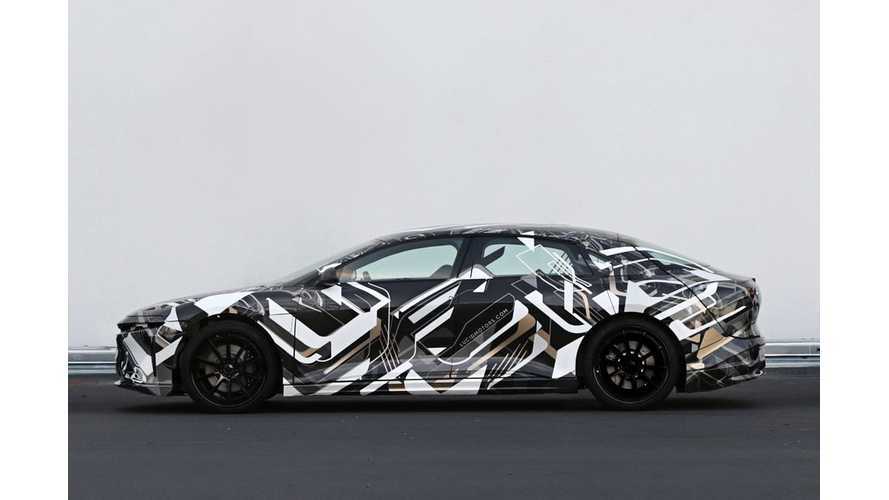 Lucid Motors (formerly known as Atieva) has released teaser photos of "alpha" version of its electric car in camouflage.

It the photo, the EV is stacked between a Mercedes-Benz S-Class sedan and a BMW 7 Series, which leads us to believe what segemnt of the market the Lucid EV is aiming for.

High-end long-range EV (another one) could be Tesla Model S competitor at some point in the future.

The first image also shows us that Lucid's EV, will be shorter, and generally smaller all-around than a typical full-size sedan.

However, recent reports states that the compact electric powertrain and a sandwich (battery) housed in the floor enables the interior to be more spacious overall (or at least similar) to either the Mercedes-Benz S-Class sedan and a BMW 7 Series.

We've heard a similar message from Volkswagen, which intends to introduce an all-electric model of a size of a Golf, but which will offer interior space of a Passat (more about Volkswagen I.D. here).