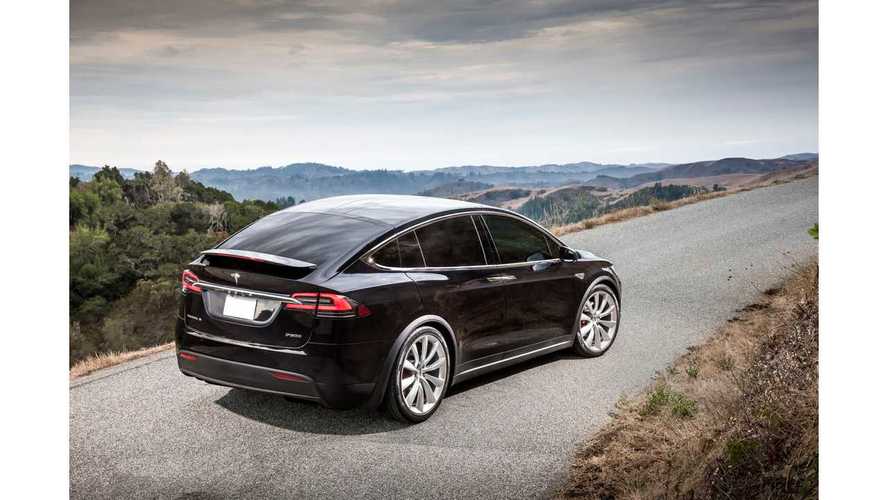 Tesla Model X - The One Purchased By Ford Is White, Not Black, Which Immediately Makes It Slower Because...Well, Black Is Best

In the automotive industry, it's common for automakers to purchase vehicle from competitors for testing purposes. However, it's uncommon to pay $55,000 over sticker price to obtain such a vehicle.

That's precisely what Ford did to acquire a Tesla Model X.

"Ford Motor Co. paid $199,950 -- $55,000 more than the sticker price -- to buy one of the first SUVs made by Tesla Motors Inc., according to vehicle registration documents obtained by Bloomberg."

Since the early Model X SUVs required pre-orders be placed several years ago, Ford had to obtain one in an unusual way.

The original owner of the Model X purchased later by Ford is a man by the name of Wayne Skiles, who stated:

“I sold 11 Model Ss. So I got a Founders Model X and immediately flipped it for a profit. The car never came to California. I flew to Chicago, took physical delivery of the Model X, and immediately drove it to a dealer in Chicago and sold it.”

Ford did release a statement on the matter:

“It is a common industry practice among many automakers to buy production vehicles for testing as soon as they are released. Sometimes, this means automakers pay more than sticker price to acquire them as quickly as possible.”

If Ford is in such a rush to examine the X in detail, then perhaps the 200-mile Ford electric isn't as off the table as the company just suggested last week, when Kevin Layden, Ford’s director of electrification programs and engineering downplayed the need for long range EVs, stating in response "I think right now with the launch of the Focus Electric at 100 miles, it is going to satisfy a big chunk of the population."