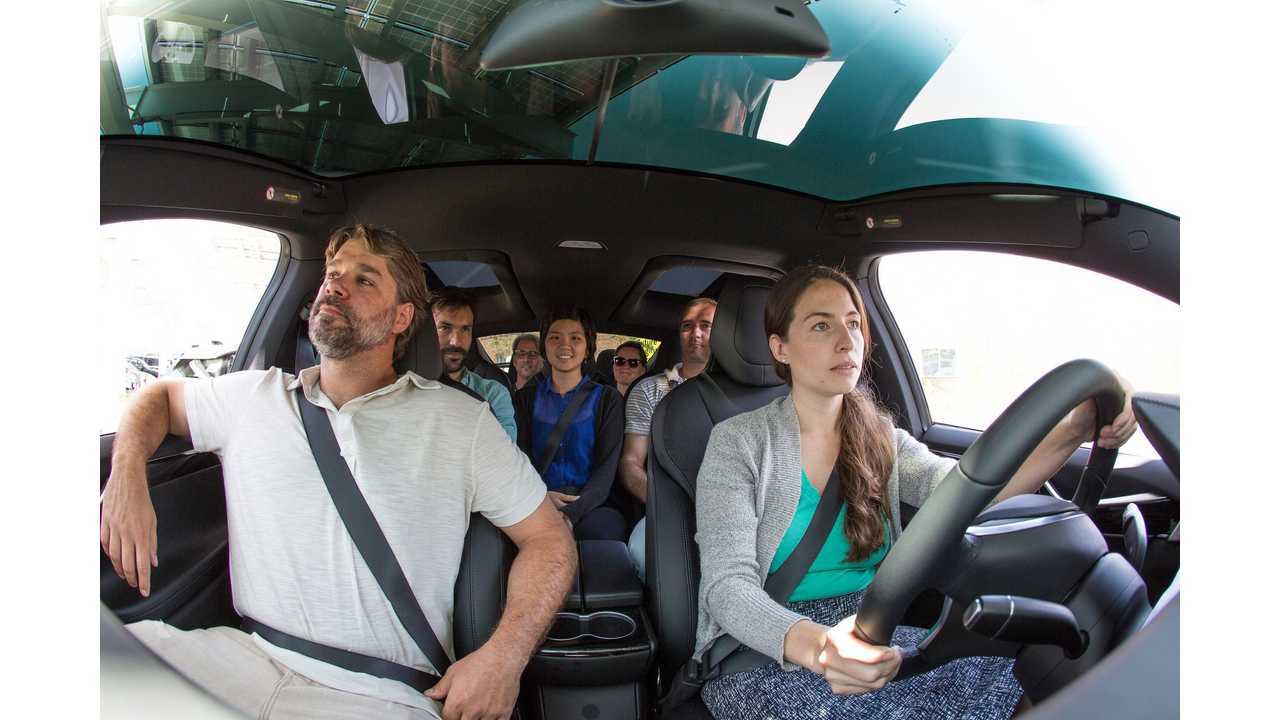 Green Commuter, a new player in the car sharing and vanpool services segment, enters the Los Angeles with an 100% electric fleet, consisting of the Tesla Model X.

The Model X was chosen because it's the only all-electric vehicle currently able to seat seven, and also fills the long-range requirements for vanpool criteria at the same time. Its great appearance, comfort and performances also makes it an attractive offering for clients interested in car sharing.

Official start date for the program is scheduled for August 2.

More on the Green Commuter here.

"Green Commuter's proprietary software will enable its fleet of all-electric seven-passenger SUVs to be used by thousands of workers to commute to and from their jobs during rush hour and offered as a car share for all Green Commuter members the rest of the time."

"Simultaneous with its August 2nd inauguration, Green Commuter will launch an Indiegogo campaign seeking to offer its services at steeply discounted rates, so as to jump start the Green Commuter community. Packages start at $10 an hour and $150 per weekend rental.

Vanpool users will be able to lease the vehicles on a monthly basis, with total commuting costs comparable to, and, in many cases cheaper than, current vanpools that use standard vans or SUVs.  Currently there are more than 1,500 vanpools with a destination point in Los Angeles County, and there are about 3,000 vanpools across the Greater Los Angeles region."

"Angelenos understand traffic and care about the environment. We offer a premium all-electric vanpool option that's affordable. Gasoline vanpool vehicles are very polluting, usually with ratings from 12 to 18 MPG in real life driving conditions, we're the first to use only zero-emissions vehicles instead,".

"Current vanpool commuters only use their vans between 10 to 15 hours per week, based on an average one to one-and-a-half hour commute each way for five days. That's only 6 to 9% of the time during any given week, leaving the van unused for the remaining 91 to 94% of time. Green Commuter developed an app that enables the synergy between the vanpool and car share systems that will dramatically increase the benefits for all users and maximize the use of the vehicles."

"Our goal is to provide a great vanpool and car share experience which is affordable, desirable and sustainable. We're starting in Los Angeles, one of the most forward thinking cities in the country, but one that has great environmental challenges and congestion issues. Our members will experience a better commute or a great car sharing experience in one of the most exciting, advanced cars on the road -- the Tesla Model X, while reducing their carbon footprint and alleviating congestion on our roads."

Green Commuter is based at the Los Angeles Cleantech Incubator (LACI), where it was selected to become a portfolio company in 2015. LACI President and CEO Fred Walti said:

"We're thrilled to mark this inauguration. Green Commuter is a terrific example of an innovative social enterprise aimed at sustainable solutions for the transportation sector. We are proud to work with them and we look forward to the impact they will have on affordable green commuting in Los Angeles."