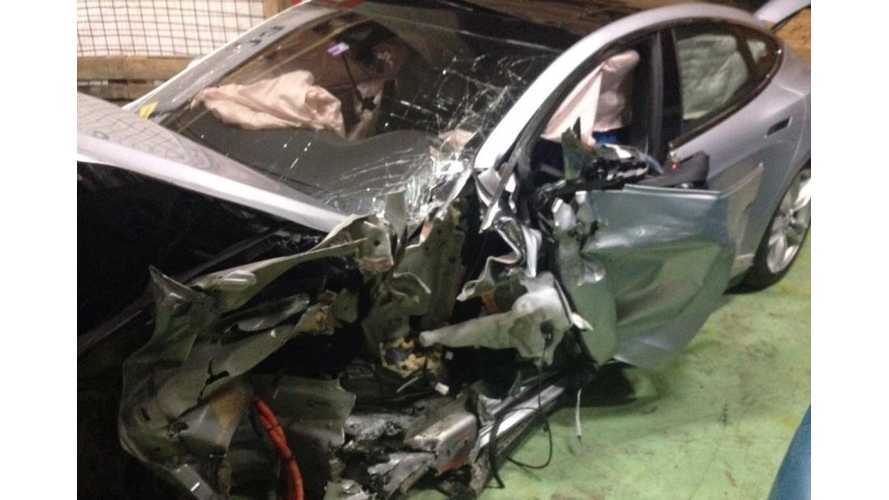 In a tunnel in Switzerland, a Tesla Model S violently collided with a BMW (7 Series?).

The aftermath of the crash is seen rather well in these images from 20 Minuten.

The report suggests that those involved in the crash were okay, though the driver of the BMW was taken by ambulance to a nearby hospital for treatment of minor injuries.

The Model S driver reportedly exited his car under his own power and was uninjured.

No additional details have been released regarding the cause of the crash.