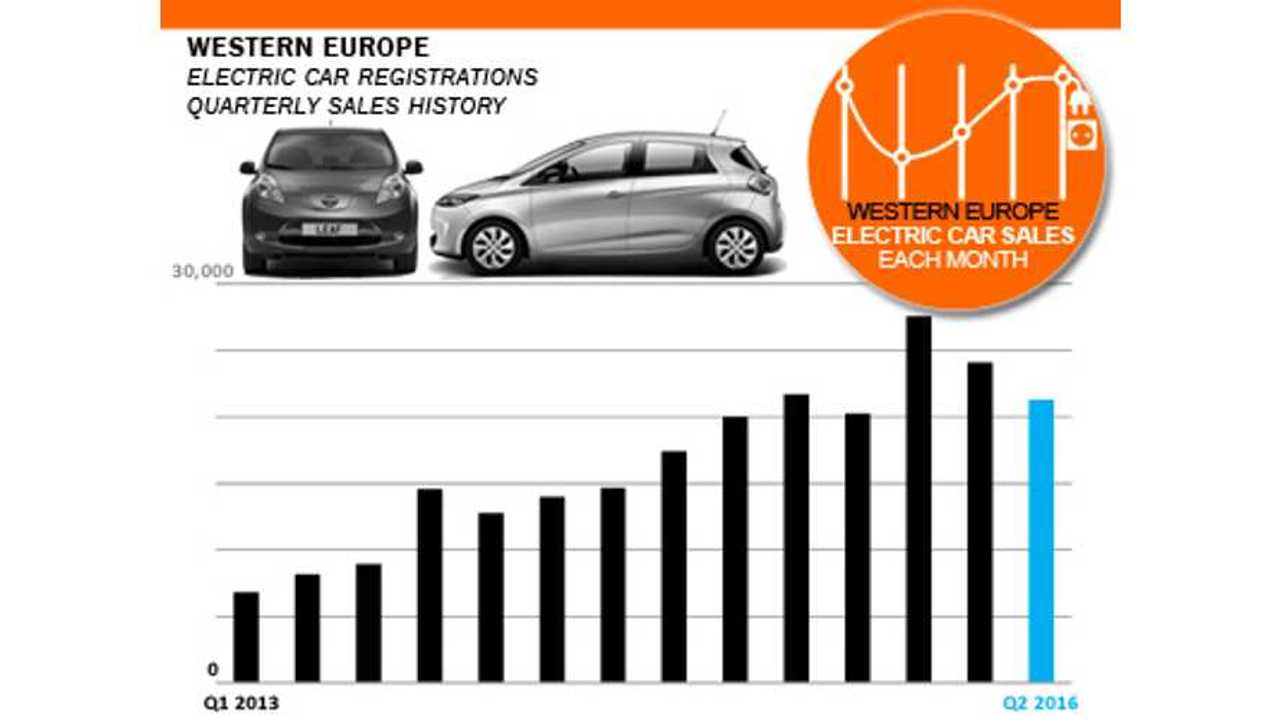 EagleAID reports that June is second month in a row of decreasing all-electric car sales in Western Europe as Europe's BEVs "demand has lurched into reverse".  (leave it to EagleAID to always add the descriptive adjectives)

Not only has this years electric car market failed to pick up speed from an already distressingly low level, sales in May and June lurched into reverse."

Highlights of the article focus on the German market (the cause of much of the drop), which according to EagleAID fell despite new incentives.

Of course we will note that the German plan, while retroactive into June, was only finalized on July 2nd (and then confirmed retroactive in June), so the fact that Germans held off on purchases in June when they were unsure of the incentive, was no surprise...at least to us.  Our suspicion is that EagleAID will be eating their words, and telling a tale of a magical return of EVs sales in Germany (and Europe) next month.

"But perhaps most disheartening for electric car makers, Germanys car buying public, following the belated introduction of a 4,000 electric car subsidy at the start of this month, appears to have given an early thumbs down to the scheme

Two aspects in particular have attracted the attention of market watchers: First, in Norway, a closely watched electric car oasis on the northern fringe of Europe, of late electric car demand has slipped into reverse.

June sales there slumped 27.2 per cent, widening the half-time sales dip to 14 per cent.

Second, the previously much-debated 4,000 electric car subsidy in Germany was finally introduce at the start of this month but appears to have attracted next to no interest from Germanys new car buyers.

Potentially turning into an embarrassing upset, official BAFA figures reveal that just 1,234 applications were received since the start of the scheme three weeks ago, of which 819 were for pure electric cars and an ever lower 415 for PHEVS.

The question now foremost on the minds of an anxious electric car industry is what to do next to counter buyers manifestly low interest in todays electric cars."