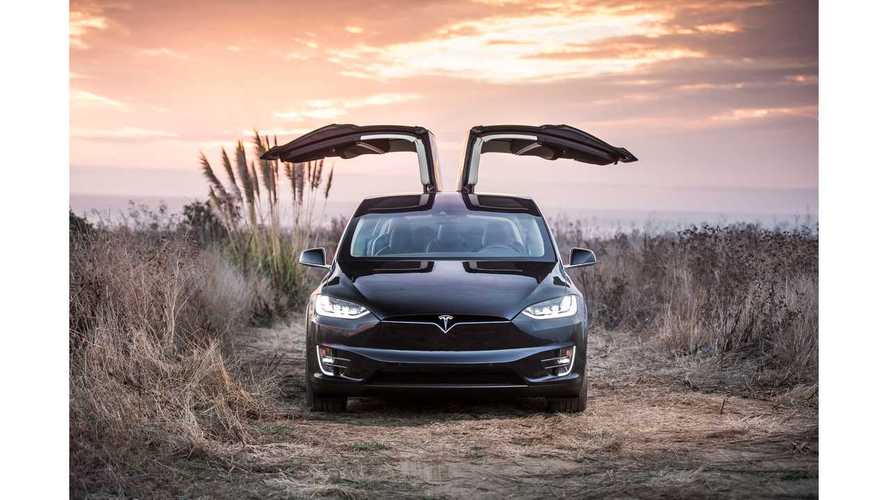 According to Consumer Reports, some early-build Tesla Model X SUVs are plagued with problems, most of which are related to the falcon wing doors (which is perhaps not a stunning revelation to those of us following the EV industry closely).

Consumer Reports point to one example to makes its case that early-build X SUVs have some issues:

"Michael Karpf flew earlier this month to the Tesla Motors factory in Fremont, Calif., to pick up his new Model X electric sport-utility vehicle—known for a 200-plus mile battery range and Tesla CEO Elon Musk's claim that it's "the fastest SUV in history."

"The 75-year-old retiree planned to drive it across the country with his wife and son to their home in New Rochelle, N.Y. But the new-car gleam of Karpf’s $138,000 titanium-on-beige P90D Model X faded with a string of problems as soon as he left the factory—delaying his journey."

"One of the wildly designed, upswinging “falcon wing” rear doors failed to close. The other falcon wing door failed to open, except from the inside. One falcon door didn't sense an overhang and bashed into it, leaving a ding in the door. The driver’s door window wouldn’t motor down properly, until it dislodged a piece of chrome stripping that was restricting its progress."

We should note that this is only one X, but each issue did require a a repair visit, which is an inconvenience, to say the least.

Most Model X owners still love their electric SUVs, despite some problems. In fact, when Consumer Reports reached out to Tesla for comment on X issues, the automaker responded with a customer satisfaction statement:

“We are committed to making the world's most reliable cars. While we have seen some issues with early Model X builds, the issues are not widespread, and we are working closely with each owner to respond quickly and proactively to address any problems. We will continue to do so until each customer is fully satisfied. This commitment is one of the reasons why 98 percent of our customers say they will buy another Tesla as their next car.”