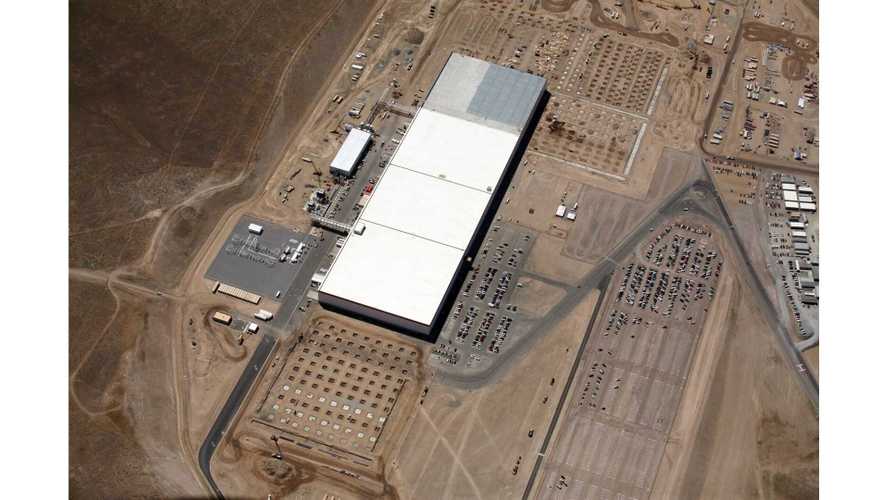 It's Tesla Gigafactory week with press in attendance now and the grand opening to a select group of lucky individuals planned for Friday.

This means that there's been a wealth of Gigafactory information spewing out all week, including this from JB Straubel, Tesla’s chief technical officer and co-founder, on how Tesla is racing to complete the battery factory as quickly as possible.

To accelerate efforts, Tesla has 1,000 workers on site who work in two shifts seven days a week. As Wall Street Journal explains:

"Tesla has doubled the number of people constructing the “gigafactory,” which sits on more than 3,000 acres near Reno. Now, 1,000 workers build seven days a week on two shifts in an effort to start churning out lithium-ion cells by late 2016."

"As of now, the gigafactory’s structure is less than one-sixth the size of what the final building is expected to occupy. Most exterior walls are temporary and can be relocated. Already finished is a four-story rectangular portion of the facility, housing 1.9 million square feet of floor space."

Joe Taylor, chief executive of Panasonic North America, says the cell maker is doing its part to keep pace too:

One new goal, as announced by Elon Musk, is:

The Gigafactory is essential for the Model 3, so we hope Tesla is successful in its efforts to accelerate construction of the battery factory