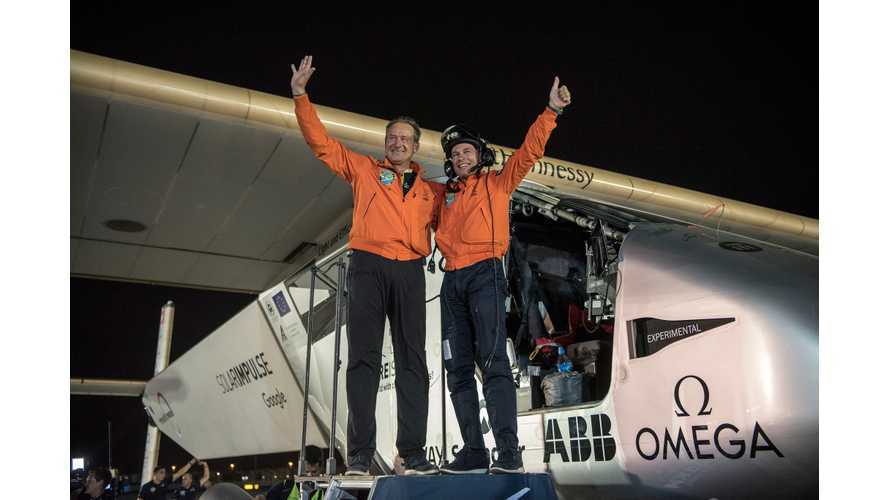 The Solar Impulse 2 has landed in Abu Dhabi, finishing the last leg of the world's first "Round-The-World Solar Flight".

It's historic achievement for the electric aircraft, powered solely by sun, a journey that covered some 40,000 km.

One of the highlights on the trip was a record of 118 hours or nearly 5 days and nights non-stop flight (about 5,000 miles / 8,000 km) between Japan to Hawaii.  Of course, not all went as planned, as battery damage then grounded the Solar Impulse 2 in Hawaii for months.

About three months ago, the Solar Impulse 2 was fully repaired and cleared for flight, resuming the journey by arriving in California and then to New York...so it wasn't the "quickest" round-the-world flight to be sure.

Bonus videos (below): Check out the Solar Impulse 2 in daytime flight below, as well as the livestream of the landing.