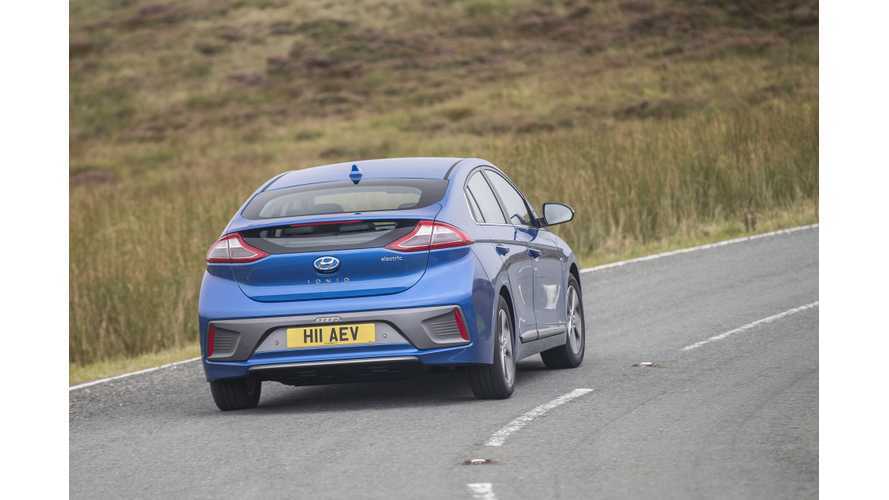 Hyundai Motors released a video documenting a long range test of the IONIQ Electric in a South Korea city.

The all-electric Hyundai was able to drive 351.1 km (218 miles) on a single charge from its 28 kWh battery, although one should consider this record was set at an average speed of just about 50 km/h (30 mph).

Locally, the Ministry of Environment in Korea certified the IONIQ Electric for 191.2 km (119 miles) of real world drive (compared to 124 miles/200 km in the US via the EPA).

Hardcore EV enthusiasts that don't necessarily believe that Hyundai IONIQ Electric is actually able to exceed 200 miles, can watch the full video (a painful eight-hour marathon) from the test below.

Also of note:  recently Hyundai has said that the IONIQ Electric in 2018 will be upgraded with a larger battery to actually achieve over 200 miles of range in "normal" driving conditions.

"The Ministry of Environment officially approved that IONIQ electric’s mileage on a single charge is 191.2Km.  However, real mileage was confirmed to be 351.1Km, when it was tested.

IONIQ electric was driven at an average speed of 50Km/h in a downtown like environment, using engine brake with 3-stage regenerative braking device. Then, it recorded real mileage of 351.1Km, which is higher than official mileage.

We drove around Hangang River four times, starting from Hyundai Autoway Tower Electric-car Charge Station. As if it were in the middle of commuting, mileage was measured, while driving through downtown and congested areas, including Olympic highway and Gangbyeon highway.

You will be impressed with the real mileage of eco-friendly IONIQ electric."