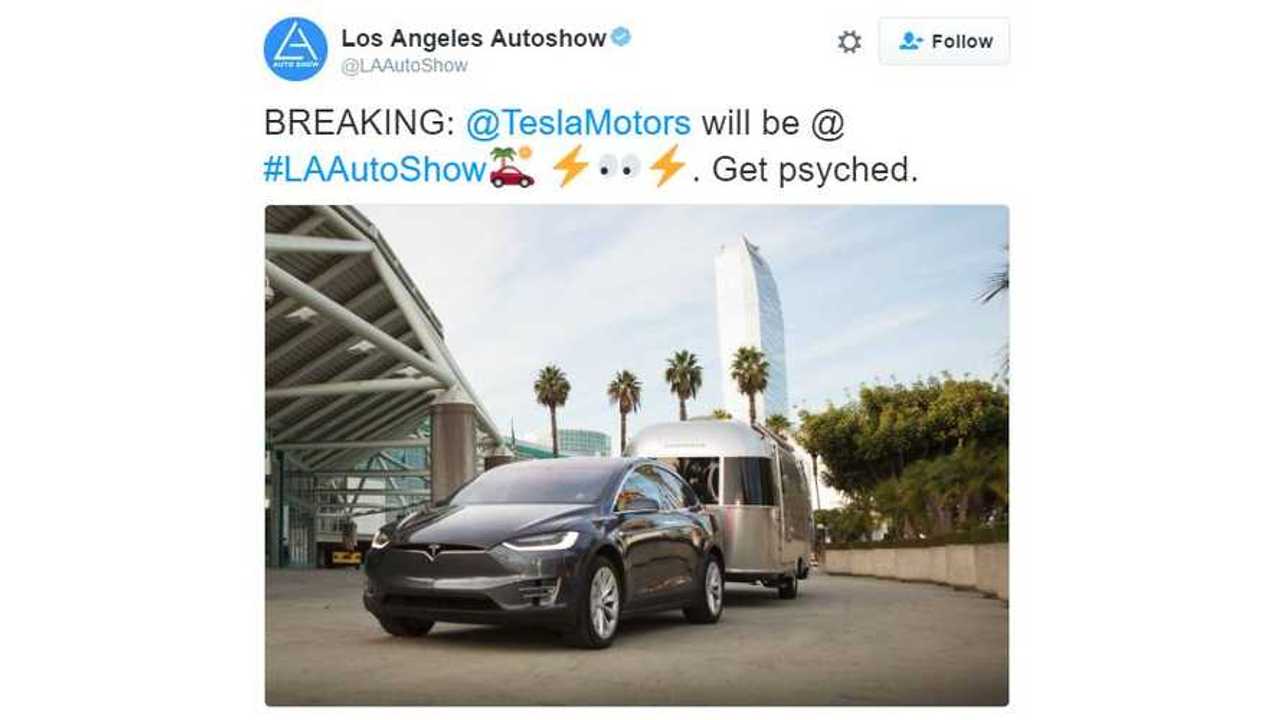 Tesla Motors doesn't often attend high-profile auto shows. The automaker actually bowed out of the last North American International Auto Show at the last minute due to some questionable circumstances.

But now it appears that Tesla is gearing up to show off its stuff at the upcoming 2016 Los Angeles Auto Show.

Via Tweet from Los Angeles Auto Show, we learn that Tesla will be in attendance and will show of its Model X and Mobile Design Studio (we're certain the Model S will be on display too).

The Los Angeles Auto Show opens its doors to the media starting today and some 50 debuts are planned, several of which are still a secret. From the auto show wesbite:

"Among the more than 20 world debuts will be introductions by Alfa Romeo, Mazda, MINI, Subaru, Volkswagen and a compact SUV from Jeep.  Other reveals confirmed are those from Infiniti, Jaguar Land Rover and smart.  Audi, Mercedes-Benz and Nissan will have multiple reveals, while Porsche has confirmed five debuts."

A few of these debuts will most certainly be plug-ins. Stay tuned for more of our coverage from LA in the coming days.

Also of interest:  One can check out the live locations of Tesla's mobile design studios (or suggest a place one of the rolling showrooms can visit in the future) at the company's "Tesla Explores" mini-site here.