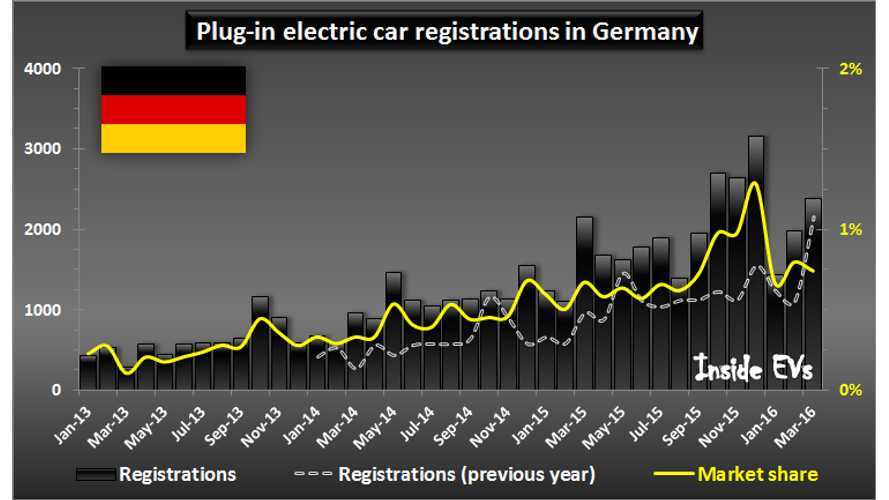 Germany continued its growth in the plug-in electric car segment, which last month resulted in 11% more registrations when compared to March 2015 - perhaps indicating a slight lull in anticipation of a pending national EV incentive program.

The drawback of the most recent EV sales report from Germany is lagging BEV sales (-14%), so all the growth for March comes via plug-in hybrids, which were up 46%.  For March, plug-in market share reached 0.74%.

With Wednesday's announcement of a new German EV incentive program that gives a 4000€ ($4,500 USD) rebate on an all-electric vehicle purchase, and a 3000€ rebate of PHEVs, sales are soon to soar much higher.  A slight hiccup may come in the form of the fact that the program doesn't kick off until mid-May, meaning a ~3 week abyss of plug-in sales has now likely opened.

Three all-electric cars took over the BEV market in March - the Nissan LEAF lead at 293 units, the Tesla Model S set a new sales record of 267 sedans, which was just ahead of the 266 ZOEs moved by Renault.