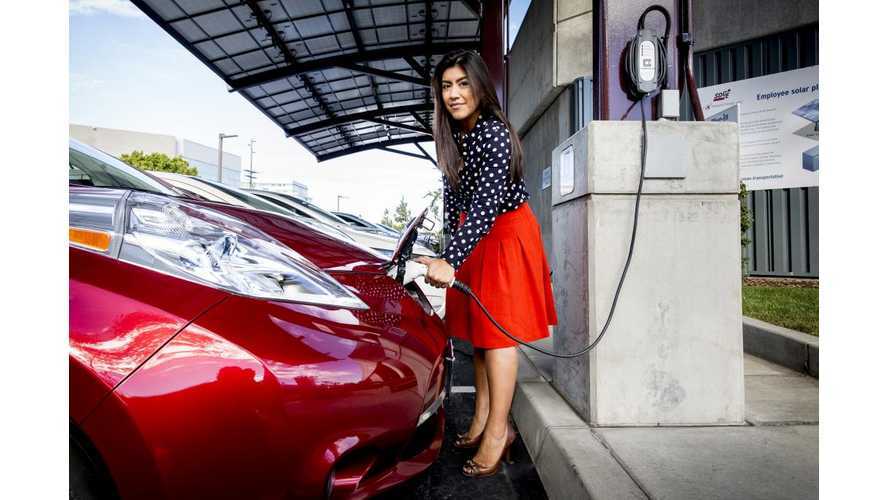 *Editor's Note: This is Part 2 in a two-part series on charging. Check out Part 1 here.

At age 18 I bought a new 1978 Honda CB-750F. The CB750 was the first four-cylinder motorcycle from a major manufacturer and was also the motorcycle that coined the term “superbike.”  The 1978 model year was the first year for the double-overhead cams four-valve layout and it had a top speed of 125 MPH.  Mine was black and I had black leathers and helmet to match. It was the first “vehicle” I ever bought new and it was my ticket to freedom. I cherished it.

Every EV advocate has tattooed on the inside of their eyelids the statistic that nearly 70% of US drivers can do more than 90% of their driving all-electric.  Therein lies the problem; 90% is not 100%.

In one way or another car ownership means freedom to every single car owner in the world.  The majority of the car buying public is not going to compromise that freedom and embrace electric mobility until they can be convinced that an EV will satisfy 100% of their driving needs 100% of the time.  Not 90%, or 99% or even 99.99%. This statement about EV acceptance is simply a reflection of human nature and is supported by established trends about technology adoption.

Yet the 2% problem is equally important to give potential buyers the confidence they need that an EV can satisfy 100% of their driving needs, to become the only vehicle they need and to give them the freedom to use their car any way they wish. One solution to the 2% problem are plug-in hybrids (PHEV).  PHEVs are a gateway drug to pure battery electric (BEV) but there are only two PHEVs with any kind of range and one has been purposefully emasculated by the very agency that should be giving them away like candy. The 2% problem is really about cutting the hydrocarbon habit completely and giving the BEV the legs it needs to stand on its own.

I’m just going to get it out there.  Free charging sucks and much of the public Level 2 charging infrastructure is wasted effort and opportunity.  It’s not that free couldn’t work (cough, cough, Tesla Supercharging Network), but it isn’t working anywhere else.

Free is an interesting economy.  Sometimes a commodity is so ubiquitous that you can’t give it away. (Ever walk past a drinking fountain without taking a drink?)  But in other circumstances, that same commodity can have significant value. (Ever buy a bottle of water? What would you pay for a bottle of water if you were lost in the middle of Utah’s Salt Flats in the middle of July?)

The problem with status quo free Level 2 (in, say, a mall parking lot) is when there is far more demand than supply.  Charge rage is real and as has been noted, unless the location is willing to scale the supply with demand, it is better to have no EVSEs than it is to have too few. Until that blessed day that virtually every parking spot is wired, paying for access to charge your EV will make overcrowding and charge rage at public charging infrastructure go away overnight.  Note that I said when you charge in public you are paying for access; you are not paying for energy.

Destination charging is a perfect example of “best practices” when it comes to placement of Level 2 charging infrastructure.  Examples are hotels (think road trips), theme parks, zoos and anyplace you may stay for a few hours.

But when the Level 2 charging becomes the destination, that’s messed up.

Thank God for companies like Chargepoint that placed Level 2 EVSEs in places like Whole Foods & Walgreens, because without them, the EV adoption rate would invariably be less than it is today. But as National Car Charging CEO Jim Burness recently reminded me, the general public will not behave the same way as early adopters have.

The best use for Level 2 is private homes, multi-unit dwellings, places of employment and destination charging.

Perhaps This One Works?

The 2% problem isn't complete without a reliable network of DCFC along corridors. The vast majority of EV driving in and around population centers can be accomplished with Level 2 at home and work; but this does not give an EV the freedom to travel at will. To give the EV legs to stand on its own and give the car buying public confidence to embrace electric mobility means the freedom to take a road trip whenever and wherever one chooses.  That means DC fast charging.

I could describe the attributes that make up the perfect DCFC network; it even already exists.  Tesla’s Supercharger network is everything that the “other” DCFC networks are not:

Aside from Tesla’s notable effort, all other DCFC locations are ad-hoc.  There are multiple entities deploying them, and like your aunt who gave you socks for Christmas, they mean well. Unfortunately, well-meaning is not a synonym for effective.  A sole DCFC in a side lot of a car dealership does not a network make.  PlugInsights went so far as to say that failure to build a robust, top-down, planned network represses EV sales. The same report goes on to say that two-thirds of Model S owners said that the Supercharger network was extremely influential to their purchase decision.

DCFC = Freedom. And Not.

Nothing says range anxiety like passing the point of no return when the charger behind you is further away than the one in front of you, especially a charging location you’ve never visited and only read about on PlugShare.  Anyone who has taken an all-electric roadtrip knows exactly what I mean.  And chances are those same people can also describe the sinking pit of hopelessness when arriving at a DCFC that doesn’t work or is otherwise occupied.  Early adopters may suffer through this kind of despair inducing experience, but those further down the technology adoption curve will not.

The purposes of car ownership are as diverse as the people owning them.  Nevertheless, every vehicle on the road serves to give freedom to its owner in one form or another. The masses will not embrace electric mobility until the EV can symbolize that same freedom that any other car can give.  Surveying the current EV landscape it is easy to swoon to the promise of the Chevy Bolt, or start doing virtual high-fives over the 400,000 Model ≡ reservations. Nevertheless we must look forward, plan and take action and improve the state of the infrastructure -- not the grid, but the charging infrastructure itself. Until the vast majority of owners can reliably charge at home or work, and a robust, top-down, planned DCFC network is established, EVs will continue to exist only for the technologically adventurous.