BYD Tops 10,000 Electric Vehicle Sales For The Fifth Month In A Row 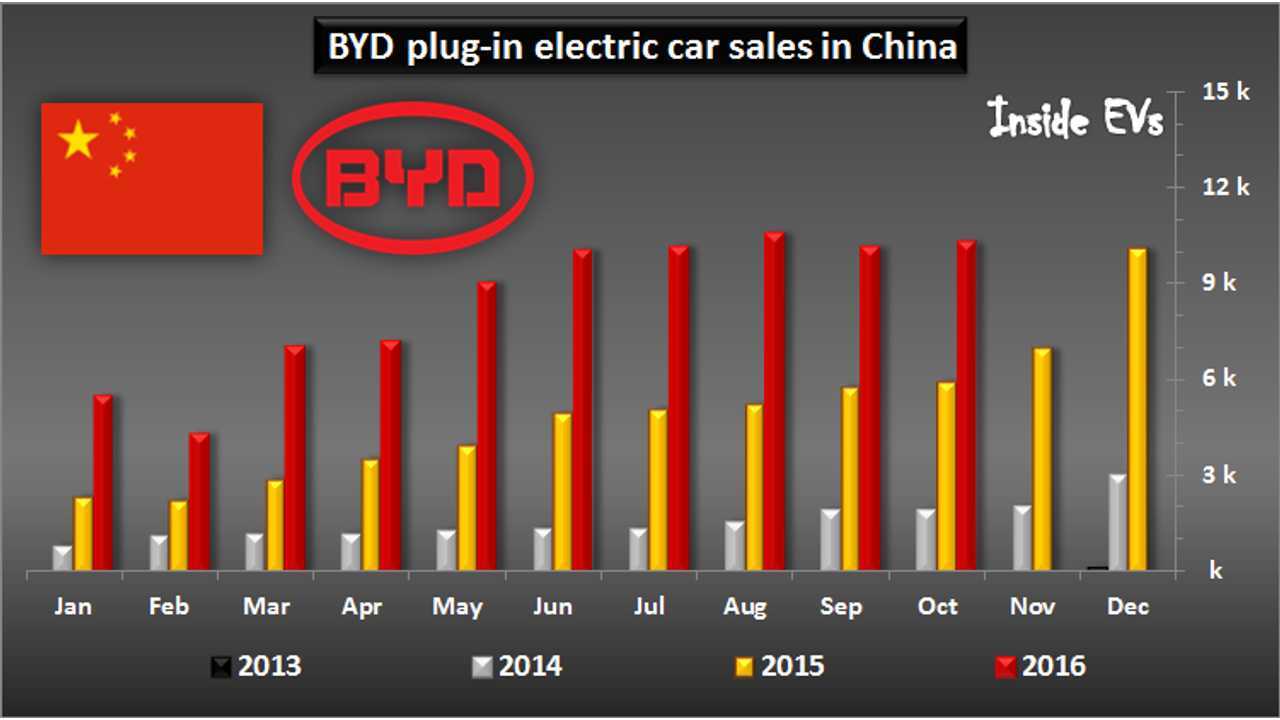 The 10,252 in October is 73% more than year ago, which although a strong number, is still the lowest growth rate for the company over the past 2 years.

Historical data shows that November and December brings a strong EV sales bump in China, so we looks forward to new records being set.

Interestingly, BYD managed to sell more than 10,000 units this month despite the plug-in hybrid Tang plunging to just 1,529 sales (down from more than 2,100 in September, and the more than 3,000 and 3,500 sold in July and June), far from being the best selling plug-in model in BYD's stable as it often has been in the past.

What's more surprising is first all-electric offering from BYD, the e6, now is top seller with more than 3,100 in October (a new record)! The e5 also set its personal record at 2,124.